COMMENT Early this year, the BN government tried to raise RM1 billion through a new Goods and Services tax that would further burden the poor. By mid-2010, the government decided to postpone the implementation of the tax. It nevertheless succeeded in withdrawing subsidies on food, oil, and a few other daily essentials, saving the government a grand total of RM700 million.

While this controversy was fomenting quite a bit of heat in the Malaysian media, the Defence Ministry announced on April 19 that more than RM10.4 billion in defence contracts would be signed during that weekend’s ‘Defence Fair’ to modernise the military and security sectors in line with the Ninth Malaysia Plan: 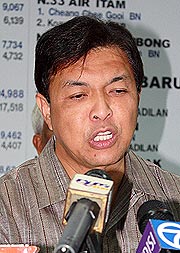 “The government has allocated RM21 billion, or 10.6 percent, of the development expenditure under the Ninth Malaysia Plan for this purpose,” said Defence Minister Ahmad Zahid Hamidi.

Zahid said the deals would be for acquiring armoured vehicles, multi-role support ships, combat aircraft and next-generation patrol vessels. As in all previous military purchases under the government, such huge spending by the Defence Ministry was passed through Parliament without too much debate.

The grisly murder of a Mongolian woman, Altantuya Shaaribuu, has created greater awareness among Malaysians about the lack of transparency in arms procurement.

Apart from the Scorpene submarine deal, there have recently been cases of unaccounted negligence: the theft of two F-5E jet engines from an RMAF base and the loss through sheer negligence of an entire ship, the KD Sri Inderapura, due to an onboard fire.

What RM1 billion can buy

However poor developing countries may be, their ruling classes never fail to justify defence budgets that are grossly disproportionate to their means. Most of us do not realise the proportion of the country’s wealth being spent on arms and the commissions being paid for such questionable purchases.

Compare that with the gross shortage of schools and hospitals, public transport and other social services that so many Malaysians face, and the obscenity of it all can be clearly seen.

As we examine one arms scandal after another, try totalling the amount of taxpayers’ money that has been spent on each purchase. At the end of this book, you will discover how much it all amounts to and how many schools, hospitals, houses and trains we could have built since Independence in 1957.

For example, RM1 billion worth of arms is equivalent to building at least 100 hospitals or 1,000 new schools or 10,000 new houses. 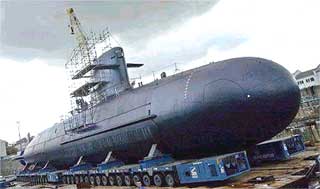 But in one weekend alone in April 2010, the government could justify spending RM10 billion on arms at the Kuala Lumpur Defence Fair. With that money, we could have built 1,000 hospitals or 10,000 schools or 100,000 houses!

In Malaysia, although the last war against the Indonesian ‘Confrontation’ was over more than 40 years ago, the government has continued to make available ample funds for the defence minister to purchase state-of-the-art defence equipment. 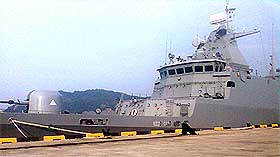 “Military modernisation” has become a new catchword for the Defence Ministry to justify defence budgets out of all proportion to the national budget.

Up till now, there has been a lack of public outcry over the size of the defence budget in Malaysia. And while Pakatan Rakyat never fails to expose corruption and non-transparency in arms purchases, their alternative defence policy is not evident. Nor has the mainstream press played a responsible role as the watchdog for the Malaysian people on these arms purchases and scandals.

Furthermore, they have treated ‘Defence Fairs’ that peddle weapons of war in the same way they treat other tourist attractions of Malaysia – children and youth are introduced to weapons of war as if they are toys for play and objects of desire. 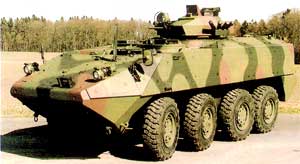 The whole basis of the arms industry is pure and simple profit. The arms merchants and their partners may go religiously to their churches, mosques or temples every week but they have little concern for morality or human rights. There are by now many vested interests in the arms trade.

According to Robert Karniol, based on the Stockholm International Peace Research Institute (Sipri) Report 2009, the arms race in Southeast Asia looks irrational when seen in the context of East Asia as a whole:

“Southeast Asia has seen deliveries of major conventional defence equipment nearly double over the past five years, as compared with the period 2000-2004... Malaysia led the regional pack with a surge of 722 percent during the 2005-2009 period, while Singapore was up by 146 percent and Indonesia by 84 percent.

“Looking at the actors in East Asia security complex, defence expenditures of China, S Korea and Japan, each of their respective aircraft procurement budgets would dwarf that of all of Southeast Asia combined.

“Look at the South Asia security complex, against some big numbers for India. What is the impact of Malaysia's 1 squadron purchase in comparison to India's current order of Su-30s (or for that matter China's building plan for the J-10)?

“Given the disparity in defence budgets, Asean countries cannot be said to engage in an arms race against regional powers like India or China. It would not be a race.”

Thus, what is the purpose of this entire splurge on arms by the BN  government? Does it make sense in light of the regional status quo and the state of our economic development?

How is Malaysia’s defence budget being spent? Malaysia already has eight US-made F/A-18D jet fighters. Six Russian MiG-29s have been retired but another 10 aircraft will continue to be maintained by Aerospace Technology System in Malaysia for several years.

Yet Malaysia is seeking for more fighters enough for one to two squadrons. As well as the Russian Sukhoi Su-30s, other fighters Malaysia is considering include the Boeing F/A-18E/F Super Hornet, Lockheed Martin F-16 and Saab Gripen.

Many are not aware of the rapid growth of Malaysia’s domestic military-industrial complex. The top brass of the military guard their power and privilege and this is nourished by easy access to the defence budget and the simple justification of “national security”.

Today we have seen the growth of such a complex in many countries, including Malaysia. An offshoot of the arms purchases is the race to develop domestic defence equipment industries in each of the Southeast Asian countries.

In 1993, aerospace became a new strategic sub-sector of Malaysia’s manufacturing sector. This sector is both capital intensive and involves high technology.

With the burgeoning of a domestic military economy, we see class interest developing between the ruling elite and the top brass of the military. As it happens, there is now an extensive military automotive complex in Prime Minister Najib Razak’s electoral constituency of Pekan with its layers of contractors, sub-contractors, servicemen and other gainfully employed.

We also find many retired generals and other officers of the armed forces in the directorships of many, if not most, of these local aerospace companies. This brings into focus questionable practices in the Malaysian civil and military services when we see top military and civil servants retiring into directorships of utility and arms companies.

Most military contracts come with purchase agreements involving local spin-offs. For example, Malaysia’s Airod has an agreement for aircraft maintenance with the US Lockheed Corporation and is trying to gain a foothold in the regional aircraft upgrading market, estimated to be worth US$1 billion yearly. 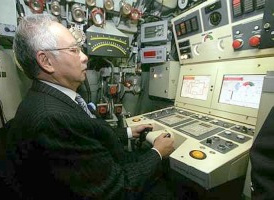 British Aerospace’s sale of 28 Hawk ground attack aircrafts to Malaysia in the early 1990s came with an offset package including the manufacture of air-frame components, cannon, ammunition and tyres in Malaysia. These products would not only be fitted to the Hawks sold to the RMAF but could also be exported to other countries using the same aircraft.

Bumiputera companies have made a mark in the local aerospace industry and the Directory of Malaysian Defence Industry Companies 2000 published by the Malaysian Industries Defence Council already listed 18 aerospace companies.

Thus while most businesses are subject to market forces, defence enjoys a great deal of ‘featherbedding’ – contracts are awarded without competition and the sector has its own government-blessed ‘aerospace’ industrial policy.

Thus, the significance of this domestic military-industrial complex to the composition of the ruling class, class relations, patronage, employment and the outcome of elections cannot be underestimated.

YourSay: Arms purchases: Who are our enemies?