First there were 'phantom voters', then 'permanent resident voters' - and now, more 'cloned voters' have appeared in the electoral roll.

At least seven voters have been found to have a ‘clone’ in the electoral roll, having been registered under the same name and old identity card (IC) number, but with a different MyKad number. 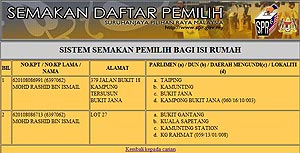 According to information obtained from the Election Commission (EC) online verification system, the names appear twice in the electoral roll, raising the question of whether they can vote twice in an election.

The website showed that both entries have the same old IC number and are registered in the same parliamentary constituency - Titiwangsa, a seat won by Dr Lo' Lo' Mohd Ghazali from PAS, who passed away last month.

A check with National Registration Department (NRD) online system , which allows the public to check the status of identification documents, showed that the first MyKad number (380913105681) exists in NRD database but there is no record of the second (510913105553).

Second entry: MyKad 560620055412 has no record in NRD website, registered in Titiwangsa

Second entry: MyKad 540405025095 has no record in NRD website, registered in Titiwangsa

Second entry: MyKad 671117105963 has no record in NRD website, registered in Titiwangsa

Second entry: MyKad 491006015094 has no record in NRD website, registered in Titiwangsa

Acting on tip-offs from readers, Malaysiakini detected another two such voters registered in Perak and Terengganu. 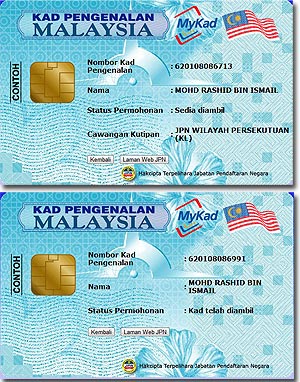 When both MyKad numbers were entered into the NRD online system, the result showed that the first card had been collected while the second is ready for collection at the Kuala Lumpur NRD office.

The NRD website showed that both MyKad had been collected.

These cases add to a claim last month by PKR Indera Mahkota MP Azan Ismail that he had found more that 60 voters with a double identity in the electoral roll.

In a statement, Suhaimi said these cases are sufficient to prove that there is an organised effort nationwide to allow certain voters to vote twice. 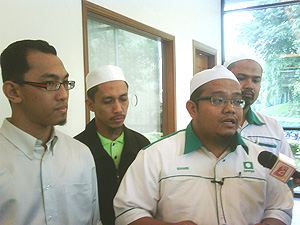 He urged the authorities to remove all these names found in Titiwangsa, investigate their identity and withdraw their MyKad if they were found to have more than one.

"It is possible that fake MyKads were issued to these voters to allow them to vote twice. This is because some of the MyKad do not exist in the NRD list," said Suhaimi.

He added that a police report would be lodged if these voters were found to have two different MyKad.

is attempting to contact the Election Commission and the NRD for comments.

GE13 prediction true only if free and fair polls

Subscribe Today
Read more from this author :
Kuek Ser Kuang Keng
Read more like this :
#
Most Read
Most Commented
Most Recent