More than a hundred regional organisations today expressed concern with the Malaysian government's steamrolling of the controversial Employment (Amendment) Bill 2011 despite protests from trade unions and civil society.

The amendments, the 107 groups said in a joint statement, would be detrimental to workers’ rights and erode the two-party relationship between employer and worker by “legalising” a third party contractor. 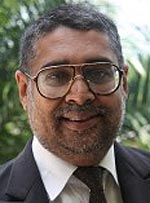 “In many countries employers have been wrongly trying to avoid/disguise employment relationships by way of contracts/agreements and triangular relationships, and Malaysia, rather than fighting against this negative trend, is now trying to legalise it, hence showing itself to be anti-worker, anti-unions,” said a group representative, local human rights lawyer Charles Hector (left) .

The bill, said Hector, puts in place a third party and effectively erases the direct relationship between a worker and the employer, hence putting a barricade on any direct negotiation of rights.

It would also mean foreign workers would have different terms from local workers doing the same work, affecting “wages, work benefits and even rights by reason of the fact that their employers are different”.

On Oct 3, the Malaysian Trades Union Congress (MTUC) led a group of 200 unionists in a protest against the amendments outside Parliament House.

Hector said MTUC would also be holding a nationwide picket against the discriminatory bill on Nov 3.

‘Divide and rule’ at workplace

The group said the amendments would also cull the rights of trade unions and allow employers to use “divide and rule” tactics to counter legitimate workers’ demands through the recognition of the third party.

This was because the worker would no longer be an employee of the principal company, but of the labour supplier.

The statement called on the government to withdraw the amendments Bill.

“As the said Bill still needs to be passed by the senate and receive royal assent, before it becomes law, we call on the Malaysian government to act in the best interests of workers and their unions and immediately withdraw this unjust proposed amendments to Employment Act 1955.”