The settlement involves Malaysiakini conceding that the Tokyo Regional Taxation Bureau has since reversed its decision on kickbacks the Japanese shipping companies allegedly paid to offshore Hong Kong company Regent Star, said to be linked to Taib's family. 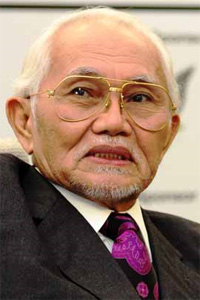 " Malaysiakini published those articles based solely on the news reports of several Japanese media that were published at the material time," Malaysiakini lawyer Fahri Azzat read out in court today.

"We acknowledge that the articles caused the plaintiff embarrassment, distress and injury to his reputation and apologise for any inconvenience caused to him as a result.

"In keeping with our apology, we shall publish news that the Tokyo Regional Taxation Bureau had subsequently ruled that the sums paid by the Japanese shipping companies were legitimate payments."

Taib withdrew his suit, filed five years ago, with no damages and no costs against Malaysiakini after the statement was read out.

Justice Rozilah Yop, who heard the case, recorded the settlement and made no orders on cost. She also cancelled the hearing dates fixed earlier.

Sarawak state legal adviser JC Foong, who was in court, said he was holding a watching brief for the state government.

In an immediate response, Malaysiakini editor-in-chief Steven Gan said that the website had made the "difficult decision" to agree to the settlement on the advice of its lawyers. 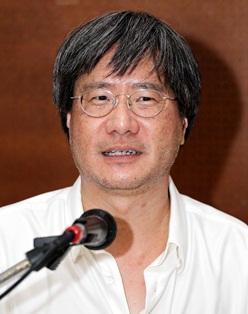 "We are confronted by the fact that the Japan taxation authorities have reversed their position on the matter. Moreover, our defence is hampered by the death of our key witness," said Gan.

Malaysiakini Sarawak correspondent Tony Thien, who wrote the bulk of the 12 reports mentioned in the lawsuit, passed away two years ago while undergoing a heart surgery.

"Without their testimony, we are at a disadvantage," he said.

Other than the issue involving the payments by the Japanese shippers, the settlement will not affect Malaysiakini's existing and future reports on Taib.

"We will continue to report on Taib and his family business without fear or favour," said Gan.

The defamation case has taken more than five years to be concluded as both sides had filed various legal actions before the commencement of hearing.

Malaysiakini had petitioned the court to strike out the case based on constitutional grounds but this was thrown out last March.

On his part, Taib had attempted to strike out parts of Malaysiakini's statement of defence.

His petition was dismissed by the Court of Appeal. He appealed to the Federal Court, but this was rejected by a three-member bench last May.