EXCLUSIVE Retired federal police chief Musa Hassan is lying outright in denying that he had contacts with shady underworld kingpins Goh Cheng Poh, or Tengku Goh, and BK Tan when he was inspector-general of police. 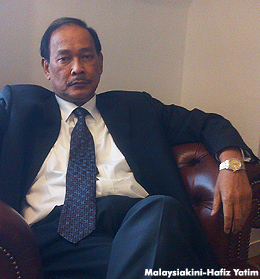 Furthermore, in Ramli's abuse of power trial in the sessions court in Kota Kinabalu, Musa had been found to be an unreliable witness when testifying against Ramli.

"Musa was the last witness to testify in my abuse of power trial. He was found by sessions judge Supang Lian to have contradicted the testimonies of seven police officers under him. Hence, the judge dismissed Musa's testimony as unreliable," Ramli added.

"Here, we have a junior judge passing such a remark on the then serving IGP. This is a disgrace to the police force," he told Malaysiakini in an interview.

The judge made the remark in 2009 when acquitting and discharging Ramli without calling for his defence.

Ramli, who has since been cleared on all five charges he insists were trumped-up, spoke to Malaysiakini when asked to comment on Musa's interview with the news portal in May this year, in which the former police chief denied knowing underworld kingpins Tengku Goh and BK Tan. 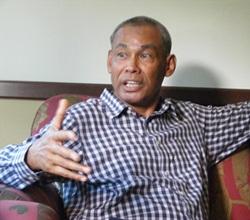 Musa was said to have eliminated all loan sharks, money-laundering syndicates, gaming and drug syndicates and crime lords in Johor, but allowed Tengku Goh to continue operating - until the Bukit Aman CCID found out about Goh's activities.

As a result of this discovery, called the Copgate affair , Ramli and his men were instead hit with trumped-up charges by attorney-general Abdul Gani Patail, who was accused of colluding with the then police chief.

Ramli was eventually cleared without his defence being called and appeals by the AG against the decision were thrown out by the upper courts.

Meanwhile, Ramli's men who were similarly charged were also acquitted without their defence called. The prosecution however did not appeal their acquittals.

Some of these police officers, who were driving taxis to make ends meet following their suspension from the force, have now been reinstated and promoted.

What the CCID team uncovered...

In the Malaysiakini interview, Ramli also denied that his CCID team encroached into Criminal Investigation Department's (CID's) jurisdiction as alleged by Musa.

Acting on information received, Ramli said he and his team recorded intelligence statements from underworld whistleblowers, who detailed the illegal activities committed by Tengku Goh and his involvement with Musa.

"The police submitted this information to Deputy Internal Security Minister Johari Baharum, who directed us to continue with the investigations as the government wanted to curb all illegal activities such as money laundering, illegal gaming, loan shark or illegal money-lending activities, drug smuggling and gangsterism.

"When we have information, we investigate. How can we stop investigations (when we come across any illegal activity involving syndicate members in the course of our investigation)?

"We are police officers and we are supposed to investigate, regardless of whether the matter comes under the purview of the CID, Anti-Narcotics Department, Internal Security Department or any other department in the police force.

"Our powers are the same, as enshrined under Section 3 of the Police Act 1967 and other relevant laws," Ramli added. 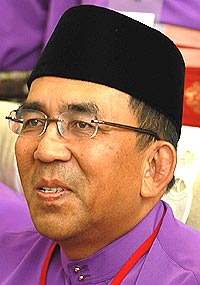 In the bizarre Copgate affair, deputy minister Johari ( right ) was himself accused of having links with the mob for releasing three gangsters held under the recently repealed Emergency Ordinance, which allowed for detention without trial.

It is believed that Johori ordered Ramli to probe Musa in a tit-for-tat battle between the deputy minister and the IGP.

Both men - the politician and the police chief - were subsequently cleared of mob involvement by the anti-corruption agency after the scandal broke in 2007.

Ramli said he later got to know that the current deputy IGP, Khalid Abu Bakar, who was then deputy director of CID, had investigated Tengku Goh a few months before his men were asked to being their investigation.

However, Ramli said, he was informed that Khalid's investigation was stopped by Musa, who claimed that the allegation against Goh was baseless and that some police officers were trying to fix him up.

"Apparently Musa interfered, resulting in the transfer of some of the officers involved in the investigation. Khalid himself was removed as deputy director of the CID and appointed Selangor police chief," he said.

"How can Musa have the guts to say he does not know Tengku Goh when the fact is that Tengku Goh named him in his affidavit to secure his release as a restricted resident under the Restricted Residence Act?"

Furthermore, Ramli said, he and his team received information that when Musa was Johor police chief, he acted against all crime syndicate members, except Tengku Goh.

"You can ask any police officer in Johor... they will know who Tengku Goh is."

Ramli accused Musa of blatantly lying when saying that he did not know Tengku Goh.

"He was not telling the truth. How could Musa claim that this particular person was fixed when we recorded statements from sources (whistleblowers) saying otherwise? There is also evidence provided in court to prove this," he said.

Ramli also questioned how Musa could deny not knowing BK Tan, another shady character who had worked behind the scenes with key personnel in the police force on the transfer of certain police officers.

He cited the sworn statement of a police officer, ASP Mior Fahmi Ahmad, which said he saw Musa's son working with BK Tan at his office in Amcorp Mall, Petaling Jaya, at which former police commissioner Othman Talib was also present.

Mior Fahmi, who was transferred from Sabah, was brought to Amcorp Mall by another senior police officer to meet BK Tan. He was later sent to Johor to take charge of the D7 unit, which handles gaming, vice and secret societies.

"He (Mior Fahmi) was given a house to stay, free of charge, by the syndicate.

"We also have a statutory declaration from Musa's former aide-de-camp ASP Nor Azizul Rahim, who disclosed that they discussed the transfer of D7 officers at Musa's home, together with BK Tan and ex-police commissioner Othman.

"Musa was given a name list of officers by BK Tan to be issued with transfer orders. These were officers who were on BK Tan's payroll.

"Moreover, Musa was found to be an unreliable witness by the sessions court in the case against me, and this finding was also affirmed by the High Court in Kota Kinabalu and by the Court of Appeal. So, who are we to believe?" Ramli said.

He said the allegations made against Musa were damaging and based on the statutory declarations as well, Musa's claim that he does not know BK Tan and Tengku Goh made no sense at all.

Musa's former aide, ASP Noor Azizul Rahim , who is now attached to a federal ministry, was contacted by Malaysiakini to verify the contents of his SD.

However, he declined to make any further comment on the issue, saying that he would nevertheless be willing to testify before a tribunal, should one be set up.

Home Minister Hishammuddin Hussein has in March this year rejected the need for an inquiry on the scandal.

Bizarre case of ex-IGP, AG and an underworld boss