The Kuala Lumpur High Court's Appellate and Special Powers division has quashed the Home Ministry's decision not to grant a publishing permit to Mkini Dotcom Sdn Bhd, which operates the Malaysiakini news portal.

In ruling the ministry’s decision as “improper and irrational”, judge Abang Iskandar Abang Hashim said the home minister's decision was misdirected as it exceeded the limit of its jurisdiction.

“The decision affects the right of the plaintiff to the right of freedom of expression, which also includes the right to a permit, and it is a fundamental liberty enshrined in the constitution,” Justice Abang Iskandar said.

"Hence, the court allows the application for a certiorari (to quash) the decision of the respondents (Home Ministry) and the applicant needs to submit its letter to the ministry.”

Justice Abang Iskandar noted that freedom of expression (through publication) is a natural right and is enshrined in Article 10 of the federal constitution.

He recognised the fact that the portal has won numerous local and international awards, and that this should not stop the authorities from giving Malaysiakini a permit.

The judge also ordered the Home Ministry to pay RM5,000 in costs. 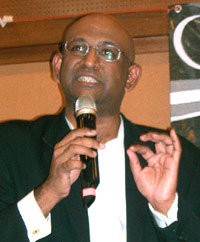 "It's a landmark case; it's historic," Bon told AFP . "It will open the floodgates because the court has recognised that the granting of a permit is a right, not a privilege as the government has said."

Mkini Dotcom had applied for the permit under Section 6(1)(a) of the Printing Presses and Publications Act 1984 to publish a daily named ' Malaysiakini '.

The company had applied for a permit to publish 40,000 copies in the Klang Valley, to be sold at RM1 a copy, but the Home Ministry rejected this in August 2010.

Mkini Dotcom therefore sought to quash the minister’s decision and to obtain a declaration that the decision was unconstitutional. It named the ministry secretary-general, the home minister and the government as the respondents.

It had submitted in court that the executive and the government must be fair in its approach as this is protected under Article 8(1) of the federal constitution (equality before the law).

Shanmuga said there was nothing wrong with giving a permit to the news portal as Malaysiakini was no threat to the nation.

“The decision by the secretary-general to reject the permit is also a restriction of freedom of the press, which has long been recognised under common law as a breach of the protection of free speech,” he told the court.

“It also violates the freedom of expression of journalists working in Malaysiakini as they have collectively won numerous awards. A judgment in India says the newspaper industry enjoys two of the fundamental rights - namely freedom of speech and expression." 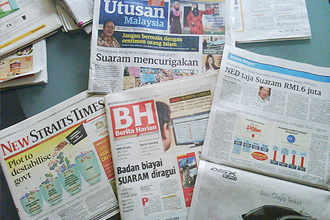 Today’s decision comes on the back of allegations and reports by the mainstream media that Malaysiakini is out to destabilise the government ( right ).

Commenting on today's decision, Shanmuga said the minister's decision not to grant the publishing permit was in breach of the rules of natural justice as he did not give any grounds (in arriving at that decision).

“The government says that the right (to give a permit) is privilege and this is not correct,” he said.

Shanmuga said anybody can publish a residents’ newsletter, a village paper or association newsletter as they should be free to do so.

“It (the decision) may lead to more publications and freedom of expression in Malaysia,” he said describing it as a "landmark case".

Premesh : We hope to be in print soon

Mkini Dotcom chief executive officer Premesh Chandran, who was also present in court, said the company welcomed the judge’s decision as Malaysiakini has been online for 13 years and a newspaper would help the company reach out to much a wider group of Malaysians.

He said he was glad the judge saw that publishing a newspaper to be a matter of right, as opposed to a privileged decision of the home minister to issue a permit.

“We will write again to the minister as soon as possible to reconsider our application and we hope that he will make his decision in light of the court's decision today. We hope to be in print, hopefully sooner rather than later.” 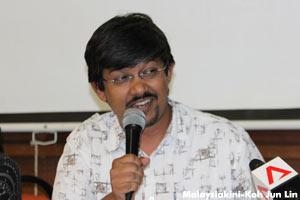 Asked whether it would be before the 13th general election, Premesh ( left ) said that would depend on the minister, as he said, “again we believe it is a right for any Malaysians to publish".

“Hopefully the minister, after seeing the judgment, will concur,” he said, adding although he was pleasantly surprised with today's decision, it is the right decision for the country as it moves toward greater freedom of expression.

“This will lead to greater democracy, more social justice and a fairer society and this will be a move in the right direction,” he said.

"The court recognised publishing a paper is part of freedom of expression, which is a right under the constitution. This is a fundamental shift of the interpretation of freedom of speech in the country," he told AFP .

On the intended publication, Premesh said it will be a daily English newspaper, adding that subscription and advertising revenues would help facilitate the cost of the print version to sustain it.

Even with Malaysiakini going into print, he said, the online version would still be in operation as it catered to a different market of those reading it on personal computers, tablets and on mobile phones as well.

“We are extending the group to those who like to read a newspaper, to read the news that is available online. The print segment has a distinct role rather than the online edition,” he said.

Premesh hopes the government sees the decision as means to create further room for freedom of expression. 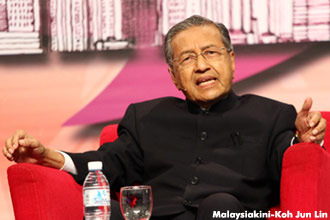 “Former prime minister Dr Mahathir Mohamad allowed the Internet not to be censored and I hope the current Prime Minister Najib Abdul Razak will do the same for the print media,” he said.

In a related development, National Union of Journalists general secretary V Anbalagan welcomed today's decision, saying it held the minister accountable to state the reasons why an application is rejected.

He said if in the past, the minister's decision in not granting a permit could not be questioned, in this case however, the ministry did not give any reason.

“Any aggrieved party can come to court to seek a judicial review on the decision of a minister or any authority and that is the purpose of a review,” Anbalagan added.