A RM164.8 million tender to supply padi seeds to farmers under a programme run by the Agriculture and Agro-based Industries Ministry, has been awarded to a number of suppliers who failed to meet the tender criteria, according to a letter leaked from the Finance Ministry.

In addition, it said that qualified bumiputera suppliers were rejected for reasons that were not stated in the tender criteria.

However, one of the suppliers said to have failed the tender criteria, and who is described to be crony of Agriculture and Agro-based Industries Minister Noh Omar, has defended the tender result, while another supplier contacted by Malaysiakini refused to comment on the controversy. 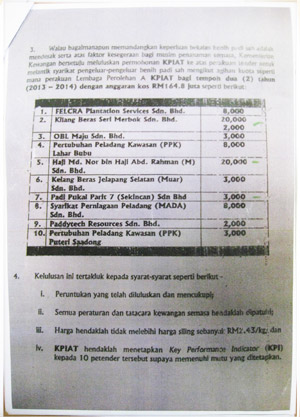 The purportedly leaked letter , dated July 20, 2012, was released by PAS vice-president Mahfuz Omar in Parliament last Wednesday and copies of it were distributed to the media.

The letter is signed by the government procurement division of the Finance Ministry and addressed to Agriculture Ministry secretary-general Mohd Hashim Abdullah.

"MOF (Finance Ministry) has studied the certificate of the above tender and found that the technical evaluation process and tender certificate did not comply with the criteria set in the tender documents, and were not in line with tender principles," the letter states. 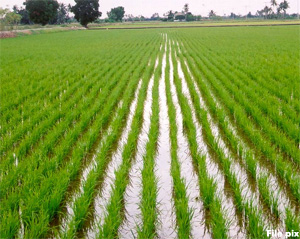 Despite the glaring irregularities, the Finance Ministry nevertheless approved the list of suppliers submitted by Agriculture Ministry due to "urgent demand for paddy seeds" and "urgency factor for the current planting season", the letter states.

The approval however was subject to the companies complying with the financial regulations, key performance indicators and that their selling price should not exceed the ceiling price of RM2.43 per kg.

The letter also called on the Agriculture Ministry to observe procurement procedures and tender criteria in future procurement.

The tender to supply padi seeds to farmers for two years - from 2013 to 2014 - was estimated to cost RM164.8 million and were parceled out to 10 bumiputera companies.

However, the Finance Ministry letter did not pinpoint which of the 10 suppliers failed to meet the tender criteria. 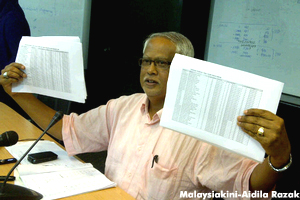 Contacted by Malaysiakini , Mahfuz ( right ), who is the MP for Pokok Sena, called on both the Finance Ministry and Agriculture Ministry to state the criteria that had not been met by the suppliers.

"But why did the ministry then still gave them the tenders? This is abuse of power. When the suppliers do not meet the criteria, the padi seeds supplied will not meet the required quality and standard.

Malaysiakini has also spotted an anonymous article, titled ‘Skandal Padi Benih Yang Terburuk Dalam Sejarah Industri Padi/Beras Negara' (The worst padi seeds scandal in the history of the national padi industry), which has been widely circulated on the Internet since last month, making more allegations related to the tender issue.

According to the list of successful tenderers published by Agriculture Ministry on its official website, Seri Merbok was given a quota of 22,000 tonnes while HMN was given a tender to supply 20,000 tonnes.

According to the Finance Ministry letter, Seri Merbok was given two separate quotas of 20,000 tonnes and 2,000 tonnes of padi seeds, making its total quota 22,000 tonnes - the highest among all suppliers.

Seri Mernok and HMN have together taken up 52.5 percent of the total annual quota for the supply of 80,000 tonnes of padi seeds given out by Agriculture Ministry. 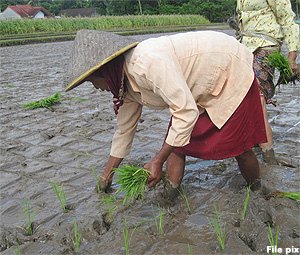 HMN manager Mansor Md Nor, when contacted by Malaysiakini , conceded that his company did not meet one of the tender criteria, but he defended the award of the tender.

However, a Seri Merbok spokesperson declined to comment. He said queries on the matter were best answered by the Finance Ministry.