Soon after the announcement that South Korean pop sensation Psy will perform at Penang BN’s Chinese New Year open house, his Malaysians fans have flooded the celebrity’s Facebook webpage with messages pleading him not to become BN’s political tool.

A lengthy English-language message has been copied and pasted on almost all of Psy’s recent Facebook updates by many Malaysian Facebook users.

Some have even posted the same message in the Korean language.

"Dear our idol, Psy, we love your song and we love how Gangnam Style can rock the party. However, please choose not to come to Malaysia this time. 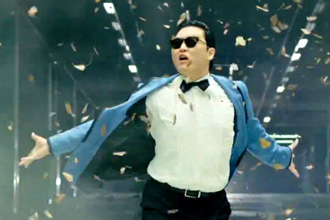 “If you choose to come to Malaysia, you will become the political tool of Barisan Nasional. It is a political party which is seriously corrupted and always abuses power to persecute Malaysians,” reads the message.

It claimed that the event would be paid for with taxpayers’ money. However, BN clarified yesterday that it would be sponsored by a private company.

The message from the fans also claimed that BN was attempting to brainwash the young generation and create an illusion that the country was well-managed, as the next general election is just around the corner.

“We have no other choice but to urge and hope that you can read this letter. We sincerely beg for the sake of the people’s welfare, please, listen to our voice.

“We hope that you may take serious consideration regarding this matter. Thank you.”

Another slightly different message appealed to Psy not to dance with Prime Minister Najib Abdul Razak.

“Mr Psy, you can definitely dance with anybody, including Mr Ban Gimun (the secretary-general of the United Nations) but never Mr Najib Razak. As for the reason, he is the prime minister of Malaysia, the fourth most corrupted country in the world.

“We, the Malaysians, hope to have a clean and fair election as we had demanded in the Bersih demonstration. We don’t hope that the young generation would vote for a wrong government because of the dirty campaign tactics used by Barisan Nasional.”

However, Malaysiakini could not find any reply by Psy to these messages on his Facebook page.

On his Twitter webpage yesterday, Psy responded “Seems like it's #TRUE ^^” to a message welcoming him to celebrate Chinese New Year in Malaysia.

It is estimated that the cost to invite him to perform just the hit song would easily hit RM1 million .

MPSP asks Yen Yen: So, it's okay to break the law?