The suspension of news weekly The Heat by the Home Ministry is a move of "personal vengeance" by Prime Minister Najib Abdul Razak, says PKR vice-president and MP for Padang Serai N Surendran. 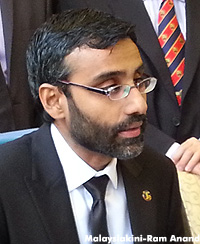 The suspension proved Najib to be a "tyrant unfit to govern a democratic nation", Surendran said in a strongly worded statement issued today.

"The suspension is undemocratic, arbitrary and an intolerable assault upon the freedom of the press. It is calculated to keep the media fearful, subservient and emasculated," he said.

The Heat is believed to have issued the suspension order in relation to an article on the spending traits of Najib and his wife Rosmah Mansor.

Surendran questioned whether criticising the prime minister and his wife was akin to threatening national security, public order or morality.

"The suspension is in clear breach of Article 10 of the federal constitution which protects freedom of speech , including freedom of the press. The rights under Article 10 can only be curtailed on grounds of national security, public order or morality," he said.

"It is clear that the suspension is a personal act of retribution and punishment by Najib and Rosmah against The Heat for daring to criticise them," he added.

Suurendran went on to compare Najib and Rosmah with the infamous Filipino dictator Ferdinand Marcos and his wife, Imelda Marcos.

"It is impossible for the suspension to have been ordered without Najib's approval and connivance," he said.

The suspension of the weekly paper was also proof that the amendments made by the government to the 1984 Printing Presses and Publications Act (PPPA) in 2012 were "purely cosmetic".

"Pakatan Rakyat had warned then that the PPPA amendments would not restore press freedom, and we regret that we have been proven right," he said.

Surendran called on Najib to immediately revoke the suspension order on the news weekly, adding that Pakatan Rakyat would move for the repeal of the PPPA in the next sitting of the Parliament. 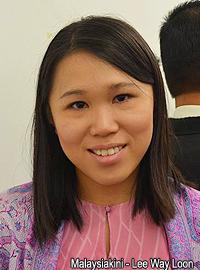 "The action taken by the Home Ministry is not only baseless but also showcases its arrogance, which can further plummet our ranking in the global Press Freedom Index and taint the nation’s reputation globally," Wong said in a statement.

She noted that Malaysia's ranking in the World Press Freedom Index has already seen a drastic drop , and that this would slide further due to the Home Ministry's latest decision.

"There is no doubt that such actions will tarnish the image of Malaysians overseas and make us a laughing stock internationally, since Prime Minister Najib Razak himself promised before international leaders that he would make Malaysia ‘the best democracy’," she said.

"Therefore, Najib must clarify that if he had given the nod to the Home Ministry to suspend the publication of The Heat .

"Majib should be responsible for any outcome that is caused by this latest arbitrary decision of the BN-led federal government, especially since his wife is the central figure of the report," Wong added.