Media groups have lambasted the Home Ministry’s move to suspend new kid on the block, The Heat weekly, with the National Union of Journalists (NUJ) labelling the move as “unwise” and an impediment to freedom of the media. 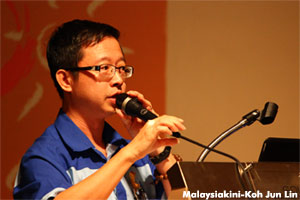 NUJ president Chin Sung Chew ( left ) said such a thing should never have happened as the media is merely trying to carry out its duty.

“The media plays a role in monitoring wrongdoings by the ruling government.

“With the Press Freedom Index ranking of 145 in 2013, as reported by Reporters Without Borders, it is not wise for the government to take such an action upon the media,” he said.

Earlier today, the Centre for Independent Journalism (CIJ) described the suspension of The Heat as proof that the administration led by Prime Minister Najib Abdul Razak was not serious about reforms to freedom of expression.

“ The Heat is a new weekly. It's still trying to make its mark. In that sense, the suspension won't have an immediate impact on the public. People won't feel it,” its executive director Masjalizah Hamzah said.

Another important result of the suspension, according to Masjalizah, is that the suspension shows how little change resulted from the amendments to the Printing Presses and Publications Act 1984 (PPPA).

The law was amended to allow newspaper owners to challenge the home minister's decision on the withdrawal of licences and removed the need to renew licences annually. 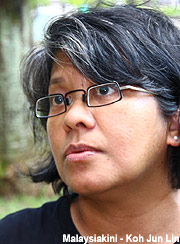 " The Heat can mount a legal challenge, which could take months. By then, the damage is already done, in terms of loss of jobs and revenue. At the end of the day, the government is still in control,” said Masjalizah ( right ), a former journalist-turned-activist.

She said that the right way forward, if the government was really serious about media freedom, was nothing short of repealing the PPPA.

“The government has shown that it exercises its powers on the media selectively. It is not about the recipe of the article concerned – whether it is fair and facts-based - but it is a political choice.

“There are many articles by Utusan Malaysia that does not fulfil those conditions, but yet they are allowed free reign,” she said.

Suspension of The Heat 'Najib's act of vengeance'