Malaysiakini 's extensive use of social media has been hailed at the World Bloggers and Social Media Awards 2014 in Kuala Lumpur last night.

The independent news portal won the Social Media Excellence prize for the online media category, an award which is based on public voting - 80 percent weightage - and a panel of judges. 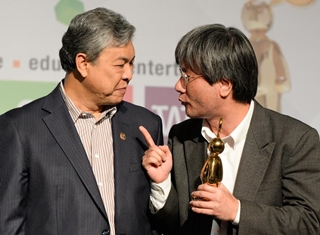 According to Malaysiakini editor-in-chief Steven Gan, the ground-breaking website plans to further enhance its social media outreach with a full-time social media curator.

"But I believe we can do even better," said Gan, who received the award from Home Minister Ahmad Zahid Hamidi.

Ahmad Zahid has had a few run-ins with Malaysiakini where he had previously lambasted the news portal for being bias.

As Gan walked up to receive the award, he quipped, “You're not going to point your finger at me, are you?" 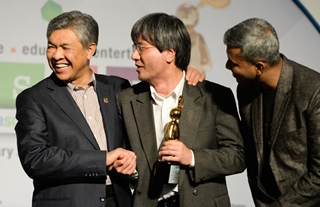 In his speech to the 300-strong crowd at the awards gala dinner, Ahmad Zahid urged social media users to be truthful in their postings.

"Today, the entire pattern and mind shift of people are geared towards getting a collaborative effort to resolve issues,” he said.

"I hope this healthy trend of being connected continues and people can blog freely, knowing what to express at the right place and time.”

Gan said increasingly news and opinions are delivered through the various social media platforms and to predominantly younger readers.

Malaysiakini's three Facebook pages currently have 970,000 followers combined, while there are over 227,000 followers for the website’s three Twitter accounts.

Over the past two years, the organisation has been handing awards to bloggers specialising in various topics.

This year is the first time that the event gave awards to the corporate sector for its social media use.