With DAP struggling to shake off its 'anti-Malay' label, a leader with its ally PKR has suggested that DAP swaps half of its current Chinese majority seats with fellow ally Parti Amanah Negara.

PKR Youth secretary Chang Lih Kang said in return, DAP could expect to contest in mixed or Malay majority seats that are expected to be allocated to the PAS splinter party.

“This will help the newly-minted Amanah obtain a certain number of winnable seats while DAP can achieve its transformation of becoming multi-racial.

“Let go of half your seats (to Amanah) and capture the new frontiers,” Chang said in an article to Malaysiakini yesterday.

Although DAP may risk halving the number of seats it now holds should Amanah lose in all the exchanged seats, Chang said this was a 'necessary pain' to transform DAP into a party for all Malaysians.

“If the direction is right, we could reach the target. Amanah could win in DAP-based seats if DAP lends support,” said the Teja assemblyperson, adding that DAP is at its political climax after winning 37 parliamentary and 105 state seats in the 2013 general election. 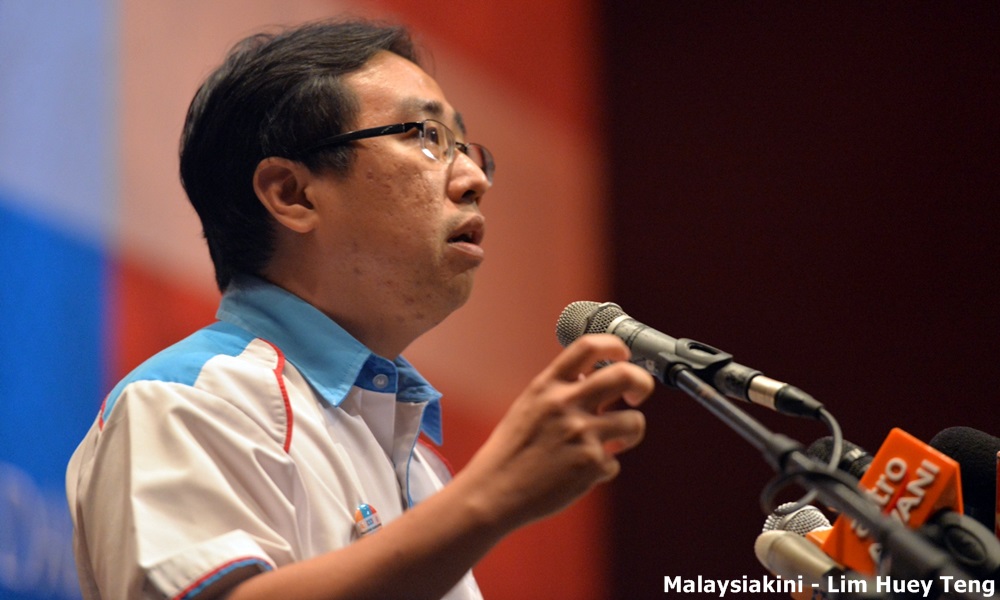 This, combined with an organised structure and disciplined party members, would provide a fertile ground for DAP's transformation.

Chang ( photo ) also pointed out that DAP faced a perception problem among the Malay voters, although it has worked hard to win their hearts and minds.

He opined that the root cause of Malay distrust against DAP was linked to its modus operandi.

This was due to DAP being politically active in Chinese majority areas, which in turn contributed to its perceived lack of sensitivity for Malays, he said.

“If DAP only increases its Malay membership but still contests in Chinese majority areas, the transformation promise will be of token value only and will not help in creating a true multiracial DAP.

Chang said he was of the opinion that only when DAP contests in a significant number of mixed or Malay seats would it be able to improve the perception of its modus operandi.

In the response to Chang, DAP Youth wing leaders suggested that he should apply his own strategy to Selangor first by kicking out PAS from the state administration.

As DAP, PKR and Amanah have formed a new alliance under Pakatan Harapan, PKR should not harp on the issue of PAS strongholds, Chiong said.

Instead, he said, PAS seats should be taken over by Amanah. “This will not only legalise Amanah in the Selangor government but also help spread their political mission and vision to Selangorians via good governance.”

Last November, Chiong ( photo ) suggested that PAS be evicted following an unresolved deadlock over the then PKR-DAP-PAS-Amanah state government.

The Chinese-language editor of DAP organ The Rocket, Chow Yu Hui, also suggested that PKR bites the bullet with regard to the Selangor administration.

Towards this, all Pakatan Harapan component parties should reshuffle their current seat bases through primary voting.

“No matter whether it is DAP’s Seputeh, PKR’s Gopeng or Amanah’s Shah Alam, all seats should conduct a survey to determine which Harapan party gets the priority to contest a seat through votes garnered on the primary voting.

“Those with highest votes gain the priority.

“This is scientific and matches the people’s will, more so to resolve the deadlock of seat allocation negotiations,” Chow, the assemblyperson for Bilut, argued.