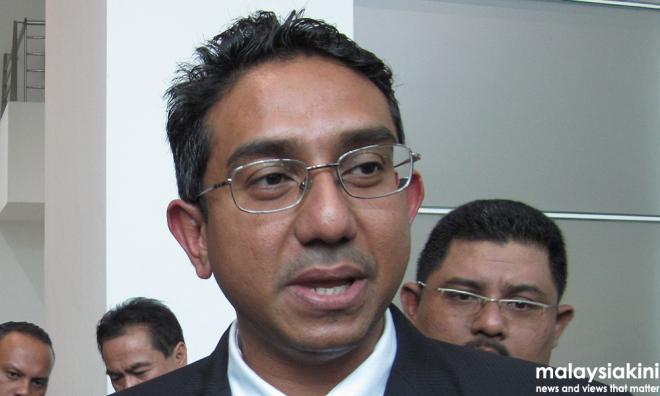 A lawyer said today the Malaysian Bar's intention to seek the resignation of Mohamed Apandi Ali as the attorney-general is tantamout to challenging the royal prerogative of the Yang di-Pertuan Agong.

Mohd Hafarizam Harun said the attorney-general is appointed by the Yang di-Pertuan Agong and his removal would be at the pleasure of His Majesty when he decides that the AG is unfit or unable to perform his duties.

The Malaysian Bar is to debate at its annual general meeting on Saturday a motion that urges Mohamed Apandi to quit as the AG.

"Any discussion could be construed as challenging the royal prerogative of the Yang di-Pertuan Agong," said Mohd Hafarizam when contacted to comment on the motion.

He said the motion to censure and seek the resignation of Mohamed Apandi was unprecedented and unnecessary since the AG had neither misbehaved as the public prosecutor nor committed any gross misconduct pertaining to his statutory duties.

"We should be reminded that as the attorney-general, his powers as provided for in Article 145 of the federal constitution are at his unfettered discretion and not subject to judicial scrutiny.

"This the bedrock of the criminal justice system wherein the separation of jurisdiction between judicial and prosecution is premised upon.

"Thus, I urge that there must be mutual respect between the Malaysian Bar, being a body created by the Legal Profession Act, and the office of the attorney-general," he said.

He said that only with this mutual respect and understanding could the administration of criminal justice be upheld at its utmost level.

No-confidence motion against AG makes it to House

Bar takes AG to court for not prosecuting Najib