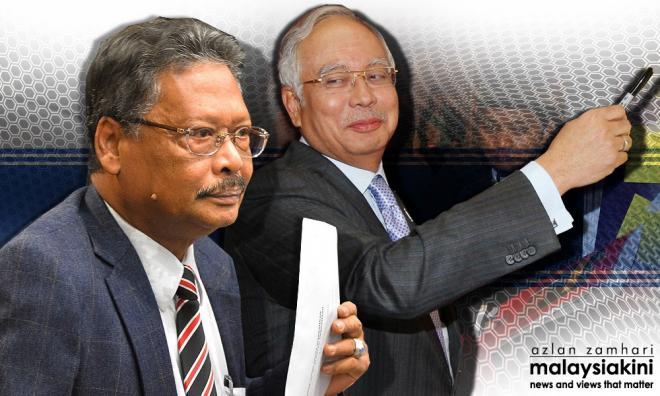 Bar takes AG to court for not prosecuting Najib

The Malaysian Bar has filed for a judicial review on attorney-general Mohamed Apandi Ali's decision not to press charges against Prime Minister Najib Abdul Razak.

In its application, the Bar is seeking orders from the High Court to set aside Apandi's Jan 26 decision exonerating Najib and his instructions to the Malaysian Anti-Corruption Commission (MACC) to close its investigations.

It also wants the court to bar the attorney-general from making any further decisions on the matter, and allow the solicitor-general to make those decisions instead, including on whether or not to prosecute Najib.

It is also seeking court orders to allow the MACC to continue with the investigations previously ordered to be closed by Apandi.

“The Malaysian Bar is of the view that the discretionary prosecutorial powers conferred on the attorney-general by Article 145(3) of the Federal Constitution are not absolute or unfettered, and the exercise of these powers can be challenged in a judicial review action.

“The scope and ambit of the discretionary prosecutorial powers, and whether these powers were exercised in accordance to law on the facts of any given case, should be determined by the courts,” Malaysian Bar president Steven Thiru said in a statement today.

The MACC had been investigating the RM2.6 billion political donation to Najib, as well as RM42 million channelled to his account from the Ministry of Finance-owned SRC International.

After the investigation papers had been submitted however, Apandi decided not to press charges and ordered the case to be closed .

He said the RM2.6 billion was a donation from the Saudi royal family, most of which had been returned. As for the SRC International money, Najib was supposedly unaware of it.

Meanwhile, Thiru said the case is of critical public interest, and stressed that it is the court's place, not the attorney-general, to decide if one is innocent or guilty.

“The independence of the MACC, in discharging its statutory duties under the MACC Act 2009 as an investigative and enforcement agency, must be protected, and any impediment to the performance of these duties must be prevented.

“This matter involves serious allegations of financial impropriety, including allegations of loss of public funds, and has dire implications on the administration of justice.

“It must therefore be resolved in a manner consistent with the principles of the rule of law,” he said.