This is an average RM322,580.65 per student, a written parliamentary reply today revealed.

This far exceeds the cost of sponsoring a student for tertiary studies in Malaysia.

Minister in the Prime Minister's Department Azalina Othman in her written reply, said it costs up to RM12,690 to sponsor a student at a local varsity.

Overseas scholarships cost at least RM38,155 a year, depending on the course and country, she said.

Prime Minister Najib Abdul Razak in January confirmed that PSD bursaries scholarships will only be for studies locally. 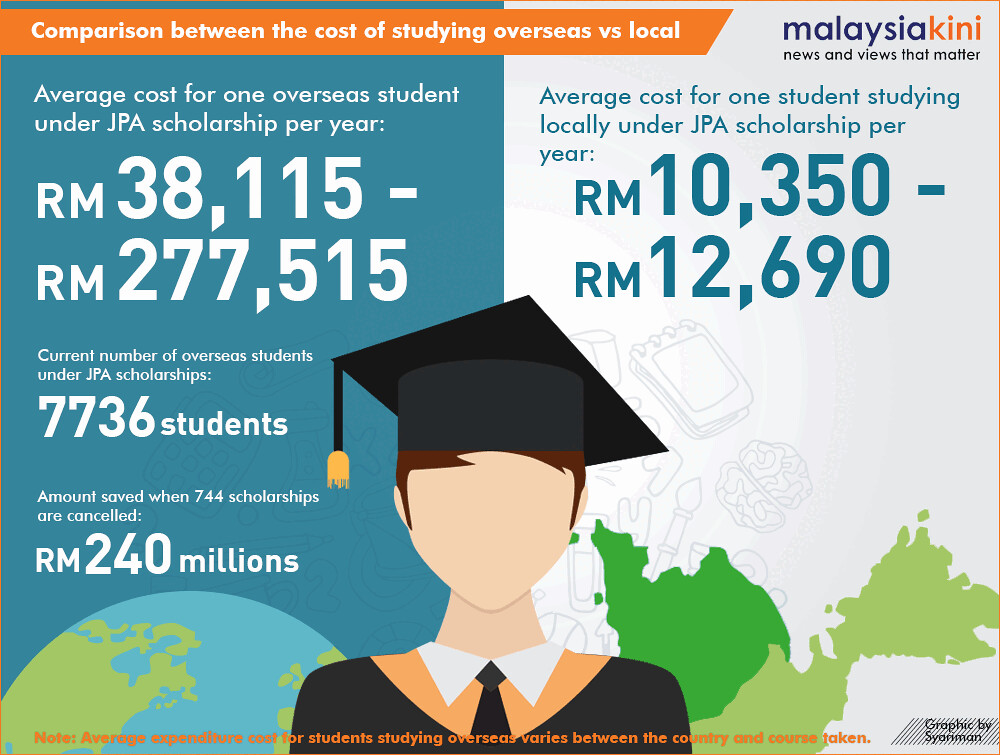 The 744 students who had their overseas bursaries cancelled, will be sponsored to study at any public or private institution in Malaysia.

A total 8,000 PSD scholarships are offered for undergraduate studies at local varsities.

However, the top 20 SPM scorers will be sponsored to pursue an undergraduate degree anywhere in the world.

The PSD is also offering 200 scholarships for engineering degrees in Japan, South Korea, Germany and France.

Najib announced this as part of the government's austerity measures.

PSD scholarships for studies abroad were highly-coveted and are awarded solely on academic merit.

However, even Mara is shrinking its education budget following bottomline constraints.