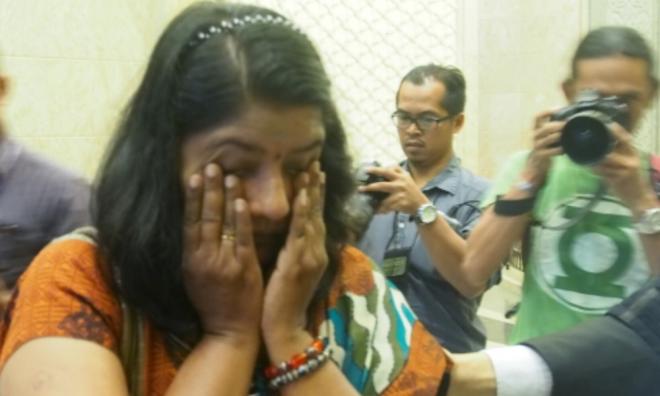 Kindergarten teacher M Indira Ghandi have lodged a police report over fears that her Muslim convert former husband may flee to neighbouring Thailand before police can pick him up as per yesterday's Federal Court order.

“I have lodged a police report because my ex-husband might leave the country,” she told Malaysiakini.

She also said that as he ex-husband Mohd Ridhuan Abdullah's latest address is in Kota Baru, Kelantan, this may make it easier for him to cross the borders into the neighbouring country.

In her report lodged at the Ipoh district police headquarters today, Indira cited her experience when married to Ridhuan, during which the latter frequently visited Thailand.