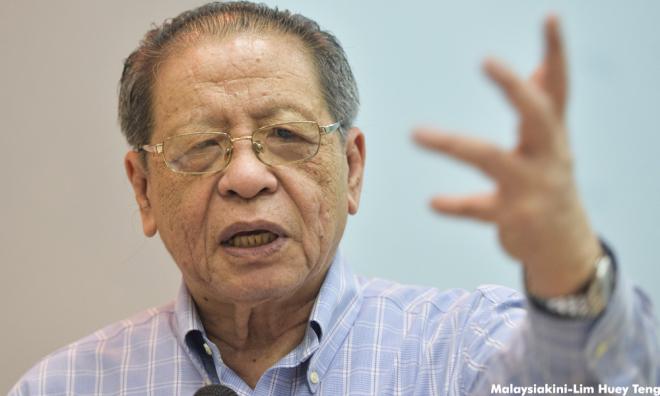 S'WAK POLLS DAP may risks losing more than half of the 12 seats it won in the 2011 Sarawak state polls, admitted party supremo Lim Kit Siang.

Six to seven seats are at risk, he said when campaigning for four DAP candidates in Sibu.

This is because BN conglomerates are wooing the voters with money and they are riding on Adenan’s popularity, he said.

"The situation in some of the constituencies is alarming, they seems to be confident, they are using conglomerates, money, threats, the Adenan factor and Najib factor," he said.

Lim however refused to name the particular seats he was referring to, except to say, "They want to take Meradong and Repok."

Both Meradong and Repok are the state seats for Sarikei, an hour’s drive from Sibu.

It raises questions if the opposition has been lacking strategy, so that their backyard is now on fire.

"No, we have waited for 38 years. We want to venture into a new stage - we want to beat Sarawak BN at the next polls.

"If we cannot get the support from urban and rural areas, we cannot even think of the third stage," said Lim.

He was asked if DAP had erred in their strategies.

Setting foot in the Dayak seats was not easy, Lim acknowledged, but said DAP had received "encouraging" responses in these areas.

One example, he disclosed, was that he managed to stay overnight at a longhouse in Pakan, a rural seat under Julau, about a 90 minute drive from Sibu town.