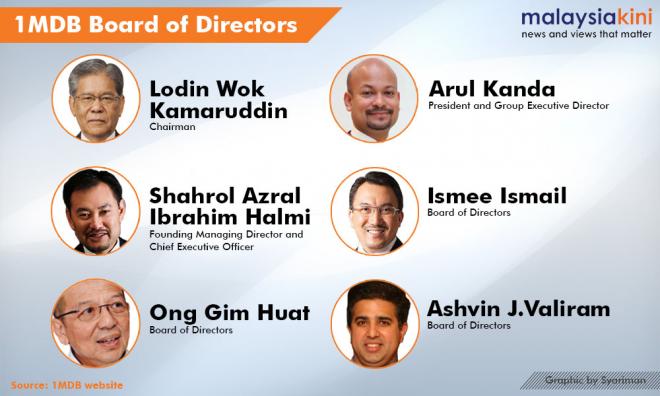 The Minister of Finance Incorporated (MOF Inc) has confirmed the acceptance of the resignation of 1MDB’s board of directors.

As the 100 percent shareholder of 1MDB, MOF Inc said the resignation would come into effect on May 31.

“MoF Inc will appoint new board members in due course, to reflect the limited business profile of 1MDB,” it said in a statement today.

It, however, confirmed that 1MDB’s president Arul Kanda Kandasamy would remain in his role as president and executive director until further notice.

“He will continue to focus on his specific mandate to implement the rationalisation plan, which will include resolution of the recent contractual dispute with IPIC,” it added.

Following the release of the Public Accounts Committee’s (PAC) report last month, the 1MDB board of directors had collectively offered to resign.

The PAC, in its 106-page report, had identified a number of weaknesses in the governance and decision-making of 1MDB.

Among its recommendations, PAC had urged that 1MDB director Shahrol Azral Ibrahim Halmi - who is also former 1MDB chief executive officer - and other relevant officials to be investigated.

Mof Inc as also agreed to fully implement the various recommendations contained in the PAC report.

C4: Removal of 1MDB clause does not absolve Najib

Besides you and me, who else will pay price of 1MDB fiasco?