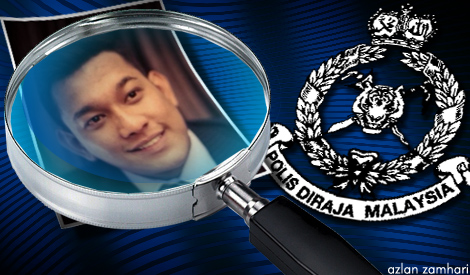 Lawyers acting for MyWatch chairperson R Sri Sanjeevan have filed an application to review the 21-day remand imposed on him under the Prevention of Crime Act 1959 (Poca).

In the application filed to the High Court in Kuala Lumpur today, lawyer Gobind Singh Deo said the magistrate’s decision to allow the remand ought to be reviewed because Poca allows for detention without trial.

He pointed out that Sanjeevan does not fall under any ‘registerable category’ provided under Poca, and yet despite this, the magistrate had allowed the police’s application for the 21-day remand.

“We believe this order needs to be reviewed for correctness, truthfulness, or reasonableness using your powers of review under Chapter XXXI, Sections 323 and 325 of the Criminal Procedure Code, read together with Sections 34 and 35 of the Courts of Judicature Act 1964.

“Since this law allows for detention without trial, we believe there is a need for strict requirements for its use, whereby the order ought to be reviewed if there is any element of doubt,” he said in the application.

In is understood that the court is tentatively slated to hear the application on Friday.

Sanjeevan was first arrested on June 22 on allegations of extorting RM25,000 from a gambling den operator.

Over the past three weeks, however, Sanjeevan had been released and re-arrested again and again for separate investigations under Sections 384 and 503 of the Penal Code, which deal with extortion and criminal intimidation respectively.

He was arrested for the ninth time on Sunday under Poca, and was slapped with a 21-day remand by the Magistrate's Court in Kuala Lumpur on the following day.

Human rights group Suaram has urged for Sanjeevan’s immediate release, saying that the police appear to lack sufficient evidence to recommend charges against him and yet seek to punish him.