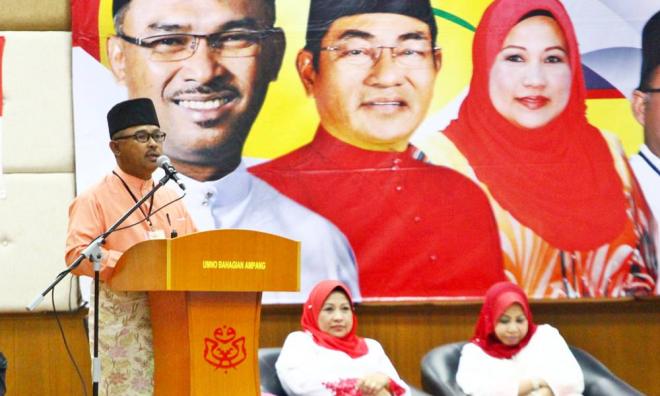 An opposition lawmaker has taken Malacca Chief Minister Idris Haron to task for claiming the United States is planning to "kill" the Malays after doing the same with Iraqis in the past.

Lim Lip Eng said if the allegation is true, then Putrajaya should send back the US ambassador to Malaysia and declare war on the superpower.

The DAP MP demanded that Idris retracts his statement and apologises for embarrassing Malaysia.

Lim also questioned the silence of the cabinet ministers with regard to this allegation.

"Does this mean BN and the entire cabinet agree that the US is planning to eliminate the Malays using its Department of Justice (DOJ)?" he asked in a media statement.

On the contrary, Lim said, Malaysia should be grateful to the US, which is attempting to return the colossal amount of money allegedly misappropriated from 1MDB.

Idris had criticised the US authorities for not approaching 1MDB before holding a press conference where explosive allegations were made.

Roping in Iraq, Idris said: "What did they (the US) say on the unilateral attack on Iraq? (They claimed ) there are chemical weapons of mass destruction."

"Even after Saddam Hussein's death, to this day not a single chemical weapon was found.

"You cheated the Iraqis, you killed the Iraqis, and now you want to kill the Malays in Malaysia," he said when officiating an Umno division delegates meeting in Kuala Lumpur on Sunday.

The DOJ had claimed that 1MDB funds were used to purchase luxurious properties, settle gambling debts, procure expensive artworks as well as to buy a plane and a yacht.

Najib has denied abusing public funds for personal gain and blamed such allegations on those conspiring to topple him from power.

Attorney-general Mohamad Apandi Ali has also cleared the prime minister of any wrongdoings.