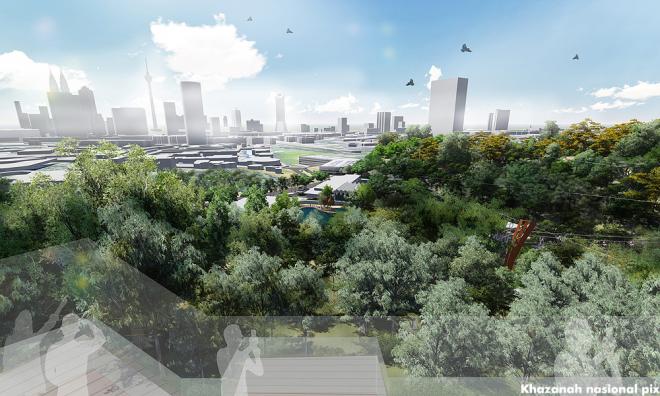 COMMENT As a nature lover who likes nothing better than a day trekking in the jungle, I can testify to the unique heritage of Malaysia’s ancient and richly biodiverse natural forests, complex ecosystems of flora and fauna which are in desperate need of protection and conservation.

It was with alarm that I read of the plan to create Tugu Park in the capital city centre with transplanted flora and fauna and other “tourist attractions” at a cost of RM650 million.

I just don’t get it. Nature has granted us the priceless unique gift of tropical jungles only twenty minutes from the city centre, so why even try to reinvent the wheel here? At what cost and for what purpose?

Even suggesting that such a park project should be a priority reflects a terrible tendency amongst town and city planners for grandiosity and tokenism.

If the proposed park is intended to serve a similar purpose to that of London’s Hyde Park and New York’s Central Park, then surely another park like Lake Gardens with minimal maintenance requirements would serve the purpose well and at a fraction of the cost of this proposal.

The fact is that outside of the capital city, developers with the collusion of the municipal councils have destroyed and built on any green spaces they can lay their hands on.

More than 10 years ago, a vast tract of the Bukit Sungai Putih Permanent Forest Reserve (gazetted in 1932) just twenty minutes from the city centre, and adjoining our taman, was secretly degazetted and destroyed for housing projects.

More recently, a housing developer has destroyed the remaining green lung in our housing estate, a forested hill with 45+ degree gradient.

Jungle paths on nearby Bukit Apek are now threatened with “development” despite the fact that hundreds of Malaysian city folk flock there every weekend for the wellbeing that comes from hill climbing in pristine natural surroundings.

Besides this destruction of green lungs in and near our taman, we have observed the felling of so many large old trees by our local authorities that we suspect it to be a tree cutting scam.

One of the most beautiful and cooling features of Malaysian towns and villages is our heritage of banyan tress and even these are not being spared. Just recently, three huge healthy-looking banyan trees were hacked down near our local market.

One excuse for this tree cutting spree is that they are diseased and cutting them down prevents contamination.

When, some time ago, our residents association had asked the local Kajang Council to prune the trees around the only playground in our taman the council responded by suggesting they cut down all the trees instead.

And although we said, ‘No way’, a short time later the council came and felled all the trees around the playground that were at least 40 years old. Their excuse was that the trees were diseased.

When we notice the many 'Nak Potong Pokok' (to cut a tree) signs around the area, we realise that it costs ratepayers a few thousand ringgit to have an imperious banyan tree cut down in its prime!

How are these decisions being made? It is vital that the Forest Research Institute of Malaysia steps in to investigate whether trees cut by local councils in Malaysia have indeed been stricken by some form of tree-inflicting disease. 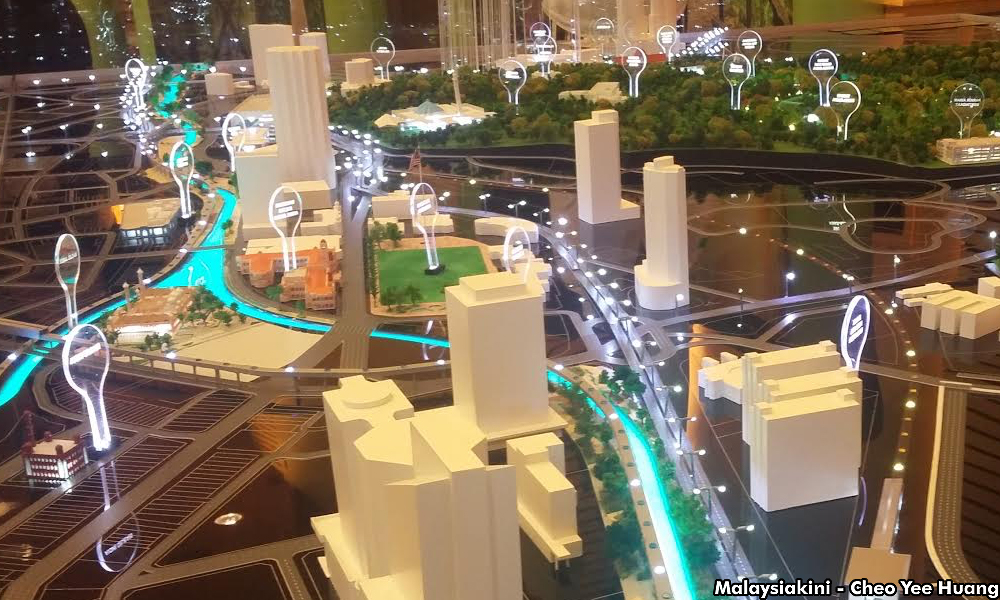 State governments throughout Malaysia should be accountable as to the numbers of trees cut and the amount spent by municipal councils on such contracts.

The Malaysian Anti-Corruption Commission (MACC) must investigate if there are favoured contractors who are given the bulk of these contracts.

Sacrificing our forests for highways

The Selangor state government has proposed degazetting 106.65ha of four forest reserves that form part of the Selangor State Park for the construction of the Kuala Lumpur Outer Ring Road (KLORR), also known as the East Klang Valley Expressway (EKVE).

The Selangor State Park happens to be the third largest park in peninsular Malaysia. It was gazetted in 2007 as a state park under the National Forestry Act Enactment 2005 of Selangor and is managed by the Forestry Department of Selangor.

These forests are not only rich in biodiversity but provide crucial water catchments for the huge population of Selangor.

This grandiose Tugu Park plan is another blatant example of the unequal sharing of our collective resources. The rich elite are already well catered for in the “Eco-heavens” built by developers who have succeeded in destroying forest reserves in order that their clients can be living close to the forest!

The glossy brochures invariably advertise easy access to the capital city - along highways that ironically, have been built with taxpayers’ money and that cut through degazetted forests.

Such a destructive and unsustainable scenario clearly does not serve the majority of citizens and certainly not the lower income groups, who are increasingly squeezed into tiny tower blocks with barely a blade of grass in view.

A socially responsible urban policy aimed at ensuring the overall physical and mental health of all our people and especially our children, would provide a park near every housing estate in the country. A sound urban tree policy would protect and sustain existing green lungs and ensure that all new development includes a green lung or park.

I would emphasise that this need is even more urgent around low-cost high-rise housing throughout the country.

Singapore's Urban Redevelopment Authority has seen this need with a policy of 'providing 0.8ha of green park space for every 1,000 persons and increasing greenery in every high rise buildings to 50ha by 2030'. Do our leaders have such a policy in place in Malaysia?

In contrast, token green elephant ventures such as this proposed Tugu Park must be seen in the light of the destruction of real forests within twenty minutes of the city centre and the stressful long term impact on the physical and mental wellbeing of citizens deprived of local green spaces.