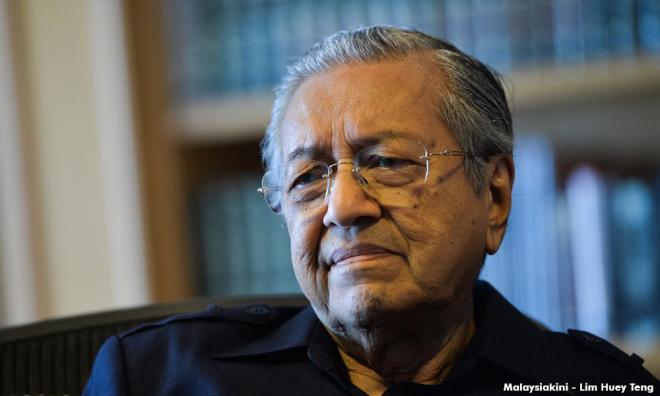 Mahathir: Muhyiddin fit to lead Bersatu, but the nation...

EXCLUSIVE Just two weeks ago, former prime minister Dr Mahathir Mohamad told a crowd in London that Parti Pribumi Bersatu Malaysia (Bersatu) president Muhyiddin Yassin was the most likely choice to become the next prime minister, if the opposition wins the next general election.

However, in an exclusive interview with Malaysiakini at his office in Putrajaya last Wednesday, Mahathir appeared to have changed his tone, declining to fully commit to Muhyiddin as the prime minister, when asked if Muhyiddin was fit to lead.

"I think at the moment, with support, I think he can lead," Mahathir said, and after a quick but noticeable pause, added "the party".

"Whether he can lead the government is another matter," he continued.

The pause stood out in the interview, for, despite his advanced age, the 91-year-old was sharp and quick to answer almost all questions thrown at him, without hesitating.

As the conversation progressed, this hesitation turned into a denial when asked if Muhyiddin was his choice for the head of government...