As we dance we turn around

Today we all gather

Let’s gather and meet with the others

MALAYSIANS KINI | The three musicians are a source of attraction at a cafe in Taman Bukit Desa in Kuala Lumpur, prompting many to stop and listen to a sound rarely heard on this side of the South China Sea.

“I feel like I’m home in Sarawak again!” a waitress gushes, as she rushes out of the cafe kitchen.

As the customers pull out their mobile phone to record the performance, their fingers zoom in on the unusual musical instrument.

The musicians are using the sape (pronounced sa-peh), a traditional instrument of the Kenyah people indigenous to Sarawak.

Anderson Kalang, one of the musicians, says the song “Leleng” they played is a traditional Kenyah song about friends gathering and taking turns to dance. Leleng means to turn around in Kenyah. 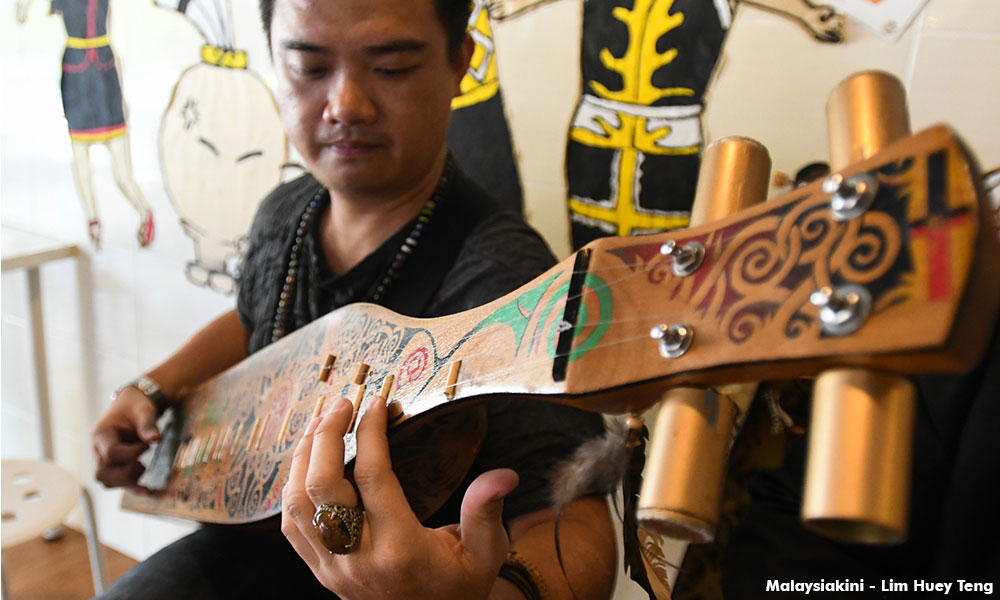 What began as “just a WhatsApp chat group among sape players” became a more organised effort after they discovered many city folk, fascinated with the instrument after watching performances at the Rainforest World Music Festival in Kuching, were trying to get their hands on the unique instrument.

There were also very few sape teachers compared to the number of sape enthusiasts here in the capital, and even if they knew how to play it, not many people understood the history of the instrument.

The musicians wanted to harness and grow this interest, starting with a public workshop in Kuala Lumpur in January. Almost 50 people attended.

“We had to close the door, we didn’t have enough sape for everyone!” Anderson recalls. 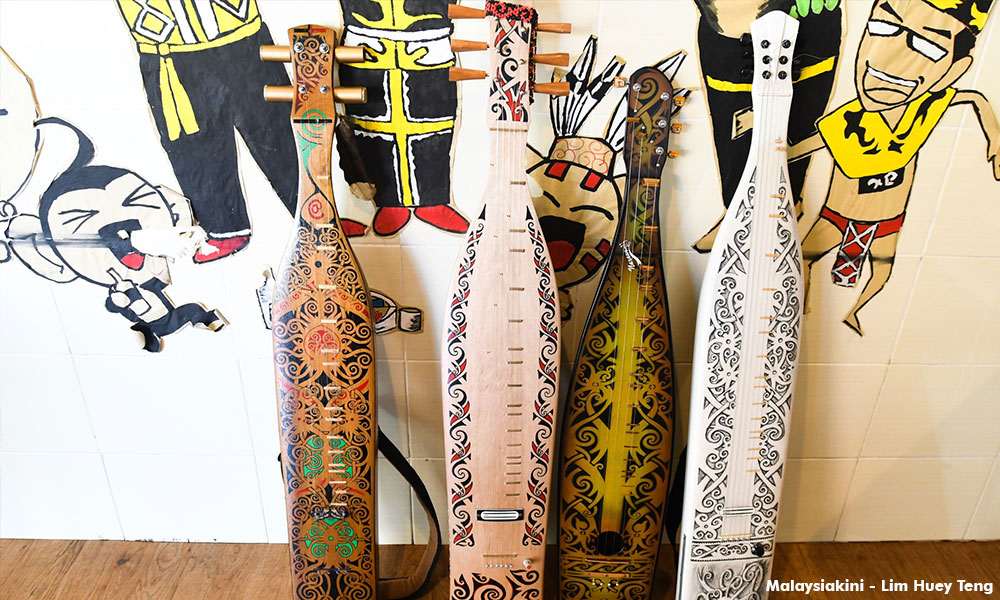 The workshop was not just about learning how to play the instrument, but also to understand the deeper meaning of the sape.

“My journey with the sape isn’t just playing it but also sharing on it,” says Saufi, who has published academic papers on the instrument, and took on the role of educating on sape history.

“Understanding the tradition of the sape and learning the meaning behind the songs are very important,” he says enthusiastically.

The same month, the collective performed together for the first time at the Masjid Jamek LRT station as part of ThinkCity’s “Arts On The Move” initiative, complete with traditional costumes and headdresses.

“We see lots of interest and a high demand here in KL for the sape, it’s very welcoming and encouraging. I feel the sape is more appreciated here than in Kuching,” says Anderson, who today is dressed more casually in a gray T-shirt, sans headdress.

“By performing, holding workshops and teaching classes, we want to make it easier for people to learn the sape. We want to form a sape community here in KL,” Abisheg adds.

Bringing a sense of belonging into the city 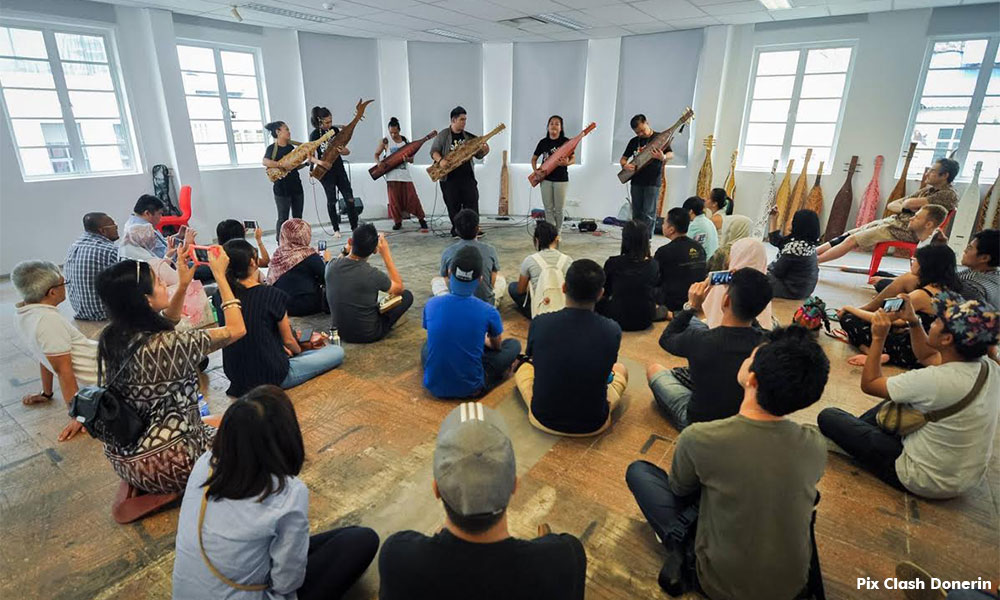 The collective is not their full time endeavour so it is difficult to find a time that suits all.

“It’s impossible to get us all together in one place, everyone is so busy!” exclaims Alena Murang, one eighth of the collective, in a separate interview.

Alena, well known for popularising the sape in Kuala Lumpur, is flanked by another collective member Munirih Jeben. The women are a new generation in the sape community - it was once a taboo for women to play.

Alena was one of the first female sape players to openly perform and teach the sape. She has been an educator, musician and artist since 2014.

“The music we play is from the kampung (village), the songs talk about being together and about community. The reality is so many people from the kampungs come to work in the city.

“When we played the sape in the middle of an LRT station, people stopped to listen because they were surprised to hear their childhood songs.

“They said the music made them feel like they’re at home. Some even cried,” she says. 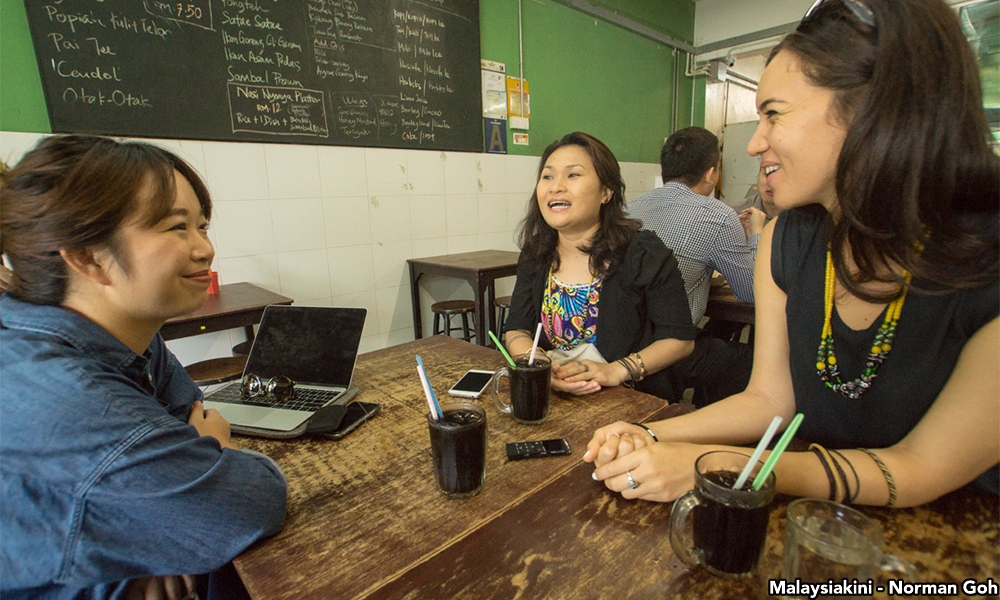 Alena says she continued playing the sape when she first moved to the capital because the charming sounds of the sape would soothe her whenever she missed life in her hometown Kuching. Munirih nods in agreement.

“The sape is so soothing. Sometimes I play it just to calm myself when things get tough,” Munirih says.

A female sape player is rare, but Munirih is an even more unique specimen - she is also a professional fire-eating performer and a dancer.

Despite growing up in Sarawak, Munirih picked up the instrument in Kuala Lumpur as a student at the National Academy of Culture, Arts and Heritage (Aswara). Thus began in her a passion for the instrument that recently led her to quit her full-time job to play and dance to the sape. 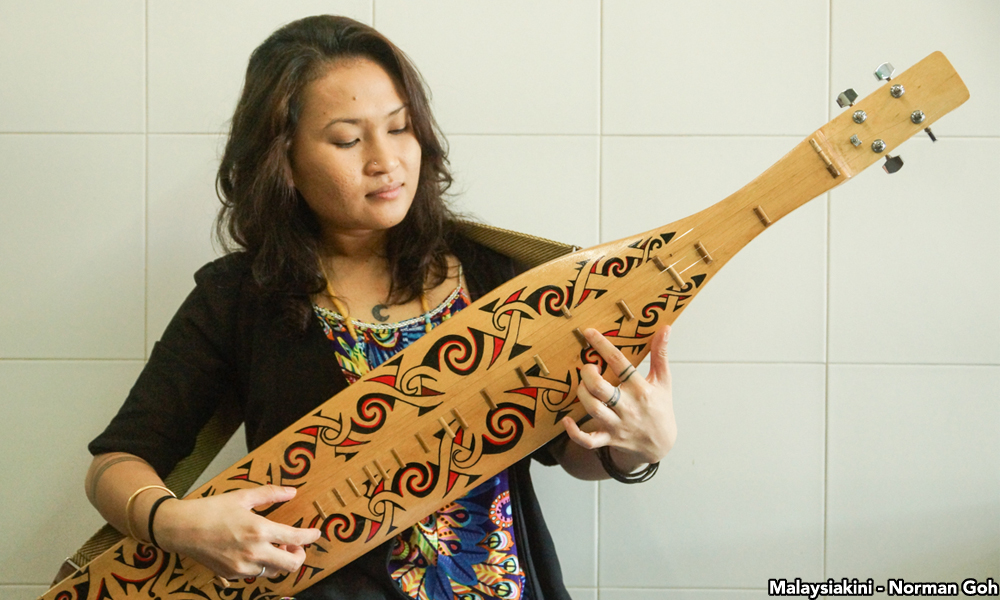 Her ability to make the sape her full-time endeavour speaks to the growing interest in sape music in the capital city.

Abisheg, a Seremban native, picked up the sape in 2006 and is the only member of the collective from West Malaysia.

Trained in classical Indian music, he started learning sape at the behest of his girlfriend, who fell in love with the sound after learning to dance to it, and urged her multi-instrumentalist partner to learn it.

“The best thing about the sape is there are no real rules. Every sape sounds different because they are handmade using different wood types. It’s impossible to standardise it. Plus every player plays the melody a little differently. No one can play it wrong,” he says. 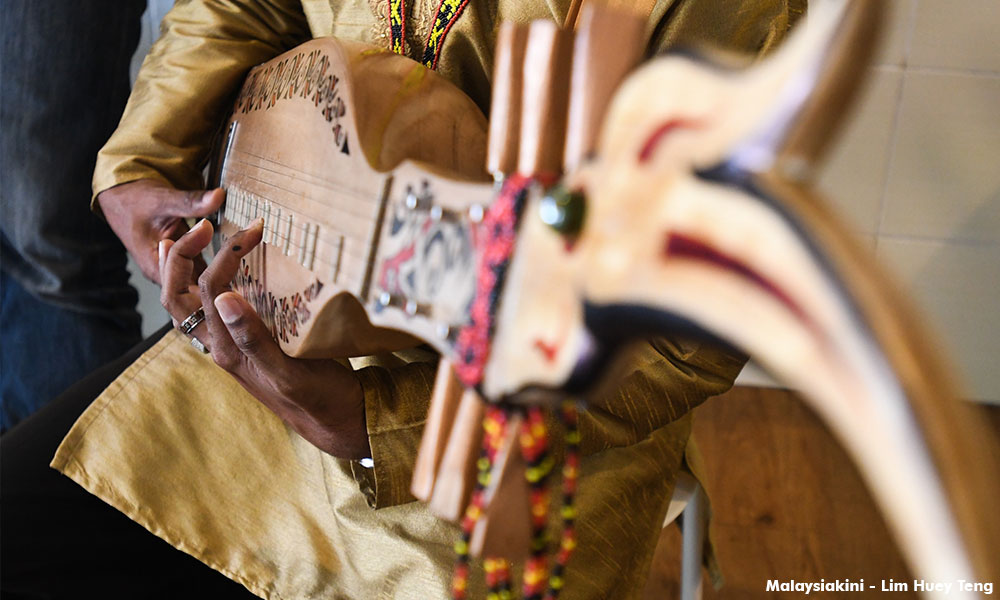 Anderson adds that the main objective when playing the sape as an ensemble is to deliver harmony, not uniformity - an analogy to multicultural Malaysia.

He is encouraged to see Malaysians of all backgrounds play the instrument.

“Now we can proudly say the sape is a Malaysian instrument,” says Anderson.

Alena believes it is more than just the music which draws more and more Malaysians to the sape.

“I think people in West Malaysia are becoming very curious about people from East Malaysia,” she says.

“I think people are interested in the different ways to be Malaysian.”

One computer prodigy’s path to activism

Ostracised, yet young animal lover risks all to rescue animals

How a self-taught historian learnt the past through headstones