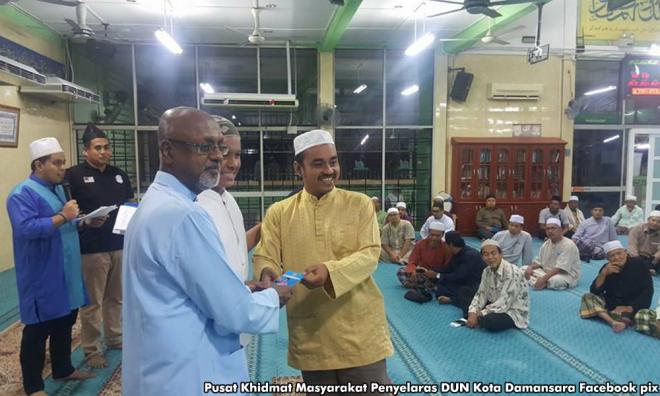 Probe on official of An-Nur mosque where Sivarasa spoke concluded

The outcome of the probe by the Selangor Islamic Religious Department (Jais) Special Panel on the administrative official of the An-Nur Mosque, Kampung Melayu Subang following the incident regarding the Subang Member of Parliament, R Sivarasa speaking at the prayer hall was being studied by the congregation committee.

The chairperson of the Selangor Islamic Religious Council (Mais), Adzib Mohd Isa said the congregation committee will meet in the near future to discuss appropriate action to be taken against the official concerned.

"Any action on the administrative official would be made after the Aidilfitri as stipulated by the Sultan of Selangor, Sultan Sharafuddin Idris Shah," he told reporters after distributing Raya contributions to orphans in the Klang and Petaling Districts, in Shah Alam today.

On June 2, Sultan Sharafuddin had expressed his deepest regret on the move by Sivarasa who had given a speech at the prayer hall of the mosque at a function on May 24.

Meanwhile, when asked whether Mais had any plan to blacklist certain individuals from giving Islamic religious "ceramah" in Selangor, Mohamad Adzib said this would be done after the Aidilfitri.