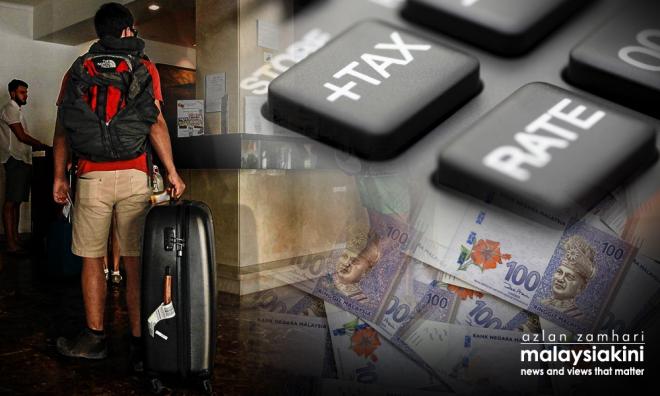 The Sabah government will engage their Sarawakian counterparts over their opposition to the new hotel tax, said its Tourism, Culture and Environment Minister Masidi Manjun.

"Sabah will continue to work with Sarawak to find common grounds in our engagement with the federal government in our endeavour to find fair solutions to the issue," he said in a statement today, according to Borneo Post.

Masidi said that there had been little consultation with both state governments over the new tax, which seeks to levy up to RM20 per night on hotel users, which would take effect on July 1.

When the new tax, dubbed "tourism tax", was proposed by the federal government's tourism and culture ministry last year, the Sabah state government had opposed it.

"Our reasons for objecting the proposed tax, among others, were underlined in a press statement I made and duly reported by the local press.

"The state government of Sarawak too objected to the proposal, which was conveyed to our chief minister during Abang Johari Openg's first visit to Kota Kinabalu as chief minister.

"Both the state governments of Sabah and Sarawak agreed to work together to have a common stand on the proposed tourism tax.

"Nevertheless, the federal government proceeded to enact a law to impose levy (tourism tax) on all tourists, which was passed by Dewan Rakyat recently," he said.

On Sarawak's decision to pull out of the Malaysia Tourism Board (MTB) recently, Masidi cautioned that it should not be interpreted as an attempt to reject the new tax.

"Many suggested Sabah should follow suit. However, withdrawal from MTB does not equal to opting out of the provisions of the new law nor does it amount to rejecting it.

"MTB does not decide tourism policies or laws relating to tourism. It is the marketing or promotional arm of the tourism and culture ministry," he said.

According to Tourism and Culture Minister Mohamed Nazri Abdul Aziz, opposition towards the new tax by Sabah and Sarawak BN leaders were uncalled for as both states stand to benefit from the tax.

The conflict between Nazri and East Malaysia BN leaders over the tax boiled over on Monday after the former hurled a string of insults aimed at his Sarawakian counterpart Abdul Karim Rahman Hamzah.