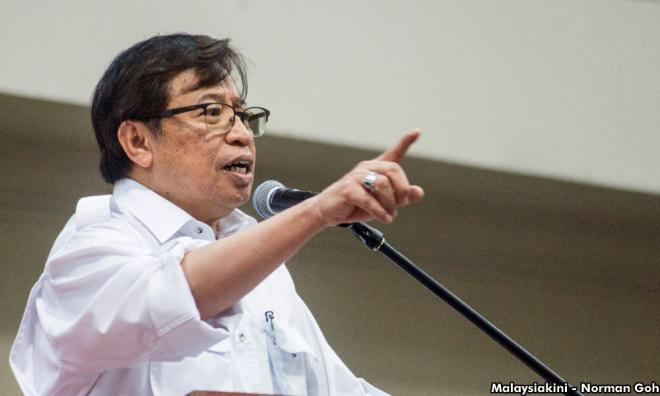 S'wak forming O&G firm to do own exploration

Sarawak is in the midst of forming its own oil and gas exploration firm, Chief Minister Abang Johari Openg said.

Petroleum Sarawak (Petros), which would be 100 percent owned by the state, will work with national oil corporation Petronas, he said.

This comes as Sarawak pushes for higher oil royalty from the federal government.

Petras will be operational in the next six months, he said, but the initial investment of the company is still being discussed, Bernama reported.

He said the profit earned would be shared between the state government and Petronas based on equity.

The chief minister also said that in the past, oil and gas companies from Sarawak were only involved in downstream oil and gas activities in Bintulu, with an estimated investment of US$2 billion (about RM8.6 billion).

Petras, he said, would be involved in upstream oil and gas exploration and extraction of gas and oil within Sarawak waters.

He said the company would get its professional staff from among Sarawakians who were already in the industry, including those currently working with Petronas, Shell and Murphy Oil.

“We have Sarawakians who are engineers in these fields and this will give opportunities to Sarawakians to work in the company,” he reportedly said.

He said the state government was taking a holistic approach and would work with Petronas to explore and extract oil and gas in Sarawak waters.

“There is no point blaming others. We must have our own initiative and get ourselves ready to be involved in the industry,” he said.

Sarawak is seeking a hike in oil royalty from five to 20 percent and wants larger equity in natural gas plants, but has put on hold negotiations due to volatile global crude oil prices.