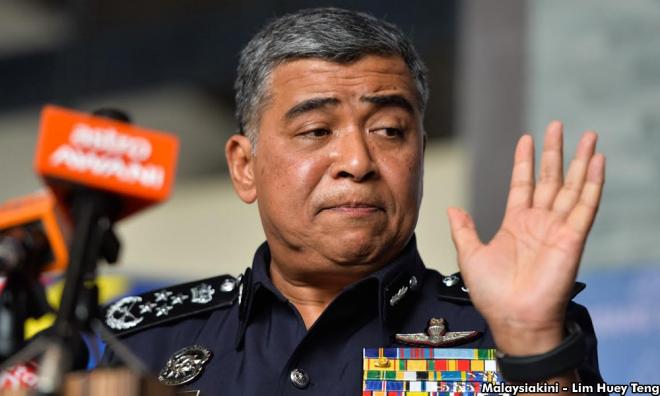 Police have passed the buck to the Malaysian Anti-Corruption Commission (MACC) on the claim that the director-general of the Defence Staff Intelligence Division received money from Prime Minister Najib Abdul Razak about a month before the last general election.

Inspector-general of police Khalid Abu Bakar said police investigations would only be made according to the cabinet’s orders based on the Public Accounts Committee’s (PAC) report.

“Oh… Don’t ask me that, ask the MACC. No (police won’t investigate),” he told reporters at a press conference in Kuala Lumpur today...