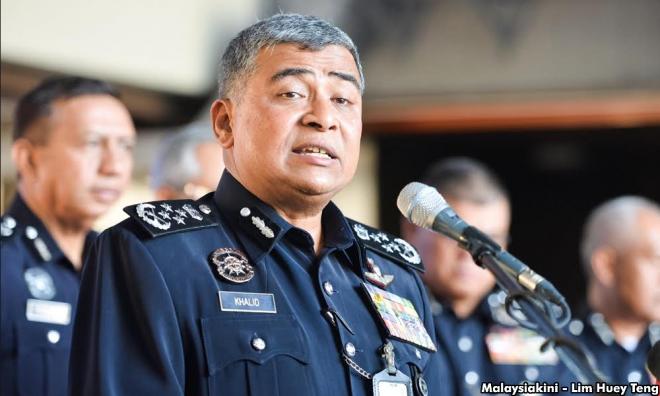 Inspector-general of police Khalid Abu Bakar today said the abduction of pastor Raymond Koh was linked to a group in southern Thailand.

"Based on the interrogation that followed the three or four arrests, we believe the group was led by the suspect we gunned down the other day - the suspect was the one who abducted the pastor.

"Our investigations also revealed that the group is tied to another group in southern Thailand," he said, adding that the police are working with their Thai counterpart to probe the matter.

Khalid was speaking to reporters after a duty hand-in ceremony in Bukit Aman today.

On June 17, police gunned down a 41-year-old arms and drugs smuggler in Kampung Weng Dalam, Alor Setar, Kedah. After the shootout, police also arrested three suspected syndicate members, aged between 30 and 60, as well as the prime suspect's widow.

In an immediate response, Koh's wife Susanna Liew Sow Yoke expressed dismay that Khalid had again chosen to publicly disclose new developments on her husband's disappearance without informing her family.

She said that this was the third time Khalid had done so, after April 6 and again on May 24.

"I have not been briefed about any of these so-called developments, leads or arrests by the police. Like the rest of Malaysia, all I know is what I have read in the media.

"I hope that the police will contact me soon to arrange a meeting and to give me a proper update about my husband's case," she said in a statement today.

Liew said her family had met the police on March 6 and March 23, but the meetings were not about actual updates on Koh's situation.

"(Instead, it was) more about asking me to not engage with the media and to not attend public vigils and gatherings," she said.

Koh was abducted on Feb 13 in Petaling Jaya. A video recording of the incident depicted him being taken by masked men on a busy road.

"We have no issues with them (Harapan) having a rally, as long as they follow the by the rule of law."

"We will investigate, as we do with all other reports," he said briefly.

On Sunday, Siti, whose real name is Siti Zabedah Kasim, lodged a police report against threats to behead, rape and splash acid on her, received via comments in an online portal, which she claimed had misquoted her.