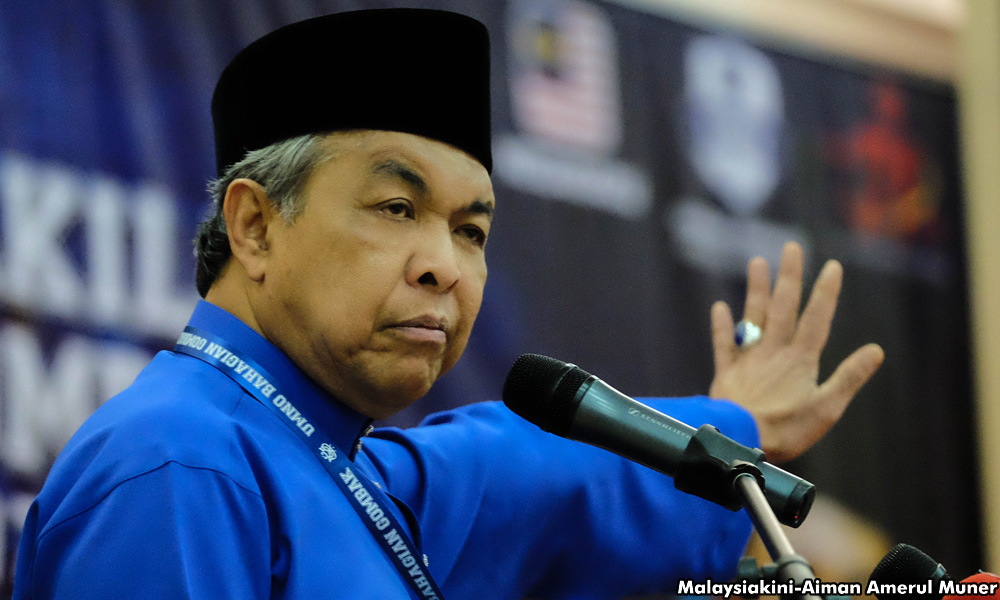 I possess recording of talks with Dr M, says Zahid

In defending himself against accusations that he had once plotted to topple Prime Minister Najib Abdul Razak, Deputy Prime Minister Ahmad Zahid Hamidi claimed that he has the recording of the meeting between him and Dr Mahathir Mohamad.

Under fire from the former prime minister, Zahid added that Mahathir also has a copy of the same recording of the meeting that was held in 2015.

Without mentioning any name, Zahid said it was in fact “the leader” who had planned for Najib’s downfall, by engineering a vote of no confidence in Parliament.

“During my meeting with the leader, it happened with the blessings of Datuk Seri Najib, 10 days after I was appointed as deputy prime minister.

“The leader said he had asked several opposition leaders (MPs) and several Umno leaders, who at the time had lost their positions, to initiate a vote of no confidence in Parliament against the prime minister,” Zahid said in his speech at the Jerlun Umno division meeting today.

"That is what is in the recording. The leader said it," said Zahid, who claimed to still be in possession of the purported recording.

Mahathir, in a blog post on Tuesday, recalled a time when Zahid met with him, supposedly to seek his support and sympathy to replace Najib as prime minister.

He also claimed that Zahid had hoped to convince Najib to step down, soon after he was appointed as deputy prime minister.

'That person had the intention, not me'

Zahid further claimed today that the leader had also outlined an alternative plan, should the vote of no confidence fail, to send a memorandum to the Malay rulers and petition the Yang di-Pertuan Agong to remove Najib as prime minister.

“This means that it is that person who had the intention to topple the prime minister, not me! That is what is in the recording, that was what had been discussed.

“But (now) two years later, the meeting was in 2015, that person said I was the one who plotted to topple the prime minister,” Zahid said.

“Do not lie. The recording is still in my possession."

Zahid also pointed out that he had first served as Najib's political secretary in 1987, when Najib was appointed as youth and sports minister, and that he would continue to remain loyal to the leader as the current prime minister.

This, he said, was unlike certain parties who would resort to backstabbing and lying for their personal benefits.