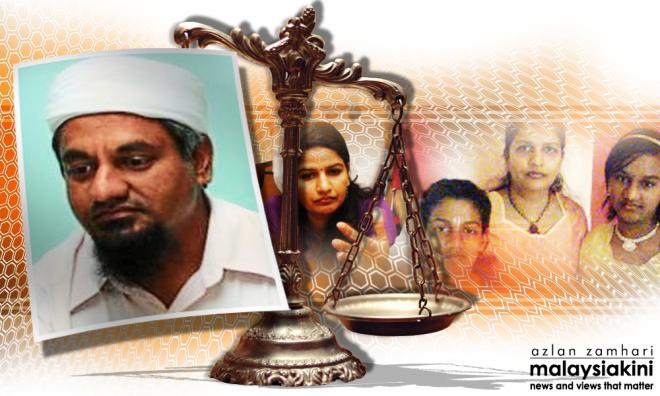 How will BN parties face voters over LRA's sellout?

COMMENT | An impotent and totally ineffectual Law Reform (Marriage and Divorce) Act (amendment) was passed in Parliament with amendments yesterday. Non-Muslims in the country are shocked beyond belief that such an Act would be passed without considering their concerns and worries.

I really wonder how the non-Muslim component parties in the BN would be able to explain the matter to their respective constituencies. The new LRA is nothing but a total sellout of the rights of non-Muslims in the country, who were hoping that the new amendments would have put to rest once and for all the menace of unilateral conversions that have plagued them for some time.

Despite all the nonsensical talk in support of the new amendments, it is clear that the new law that is to take effect would merely postpone the problems of unilateral conversions in the country, contributing further to existing tensions and anxieties amongst non-Muslims.

It would further provide ammunition to those religious extremists in PAS and Umno that government has done the right thing by the Muslims, in denying the rights of non-Muslims.

The withdrawal of the earlier bill and its replacement with a new one is victory for PAS. PAS would have never imagined it would reap political gains from Umno even before the onset of the next general election.

The removal of section 88a from the LRA, that would have provided, was a big tight slap on the face of those non-Muslim leaders in MIC, Gerakan and MCA. These leaders remain pathetic to the point where they are prepared to sell the rights of their respective communities just to please their bosses in Umno and stay in power.

I wonder on what basis they are going to gain the support of their members in the coming general election.

Minister in the Prime Minister's Department Azalina Othman Said, who was entrusted with the responsibility for the passage of the new bill, defended it on the grounds that the removal of section 88A was deemed necessary because it ran counter to the federal constitution.

This is lame argument; an attempt to justify the new bill is a pathetic one for it provides mere empty promises to non-Muslims.

In the ultimate sense, the whole drama surrounding the rejection of the earlier bill and its replacement with a new one is not about the constitutionality of the bill, or having to go for the "low hanging fruits" first. It is all about politics, and the lack of political will on the part of those who are holding on the reins of power in Putrajaya.

In this sense, the new bill that was passed was basically an attempt on the part of Umno to appease PAS, to ensure support from its members to face the next general election. In this respect, Umno does not care a damn about non-Muslims or non-Malays, as long it has "servile" leaders in MIC, MCA and Gerakan to "take care" of their respective constituencies.

The MIC leader and Minister of Health S Subramaniam sought to reassure the Indian community that they should accept the new bill for it contains safeguards to families if unilateral conversions take place. He apparently said that we should go for "low hanging fruits" first before we tackle the difficult ones later.

I really wonder whether Subramaniam and other BN leaders think that non-Muslims are so gullible that they are ready to "swallow" whatever they are dishing out.