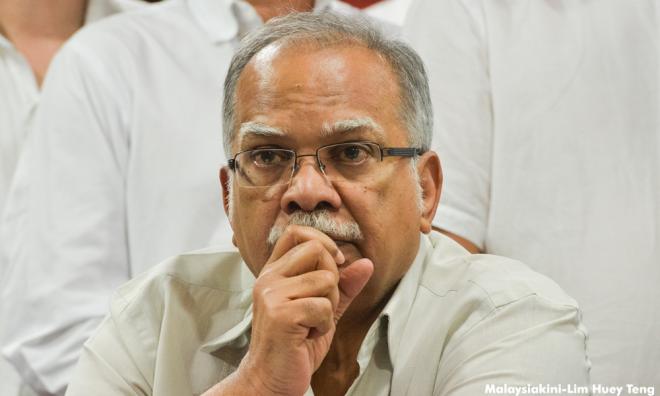 BN leaders should resign and not justify LRA!

COMMENT | Minister in the Prime Minister's Department Azalina Othman Said, the architect of the recent amendments to the Law Reform (Marriage and Divorce) Act 1976 (LRA) cannot convince non-Muslims in the country that she has done the right thing.

Actually, there is no need for these new amendments simply because they cannot resolve the long-standing problem of unilateral conversions.

She urged the men that "to be gentlemen" and if "anak jantan", should seek the avenue of the civil court before converting to Islam. She was forced to admit the recent amendment would not be able to stop men from converting to Islam and then seeking the remedy of the syariah Court.

So, once they have converted, then the civil proceedings would not make any difference.

It is too late for Azalina to justify the recent amendments to the LRA. The whole thing is a complete farce in that it would not make any difference to those families, wives and others who have been gravely affected by conversions and unilateral conversion of children.

The hopes and dreams of M Indira Gandhi and S Deepa who have been waiting for a positive outcome from the Parliament, have been dashed beyond imagination.

Azalina is not that naive to say that those who are intending to convert should first seek the avenue of the civil court to divorce their spouse before proceeding to convert.

But she fails to understand or pretends that cases involving unilateral conversions are those, where men convert to Islam to escape family responsibilities.

If unilateral conversions were done in a clandestine manner to escape family responsibilities and to take custody of their children through the avenue of the syariah court, why would these men in the first place divorce their marriages in the civil court?...