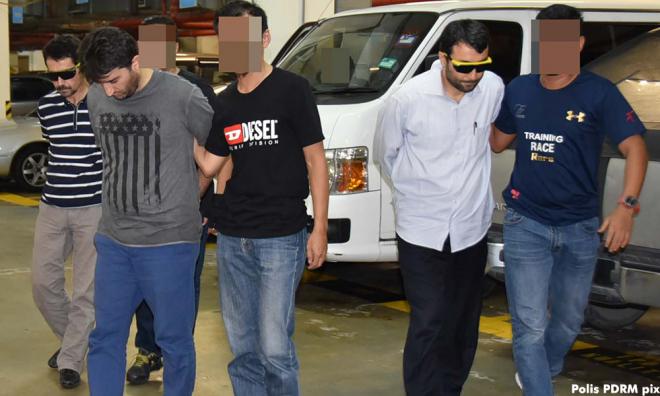 Five accused including three Turkish nationals and a local were today granted a discharge not amounting to an acquittal for using criminal force on several Immigration Department officers last December.

This came after DPP K Vasugi informed magistrate Siti Radziah Kamaruddin that the Attorney-General's Chambers had granted the request made in a letter of representation from the lawyers representing the five.

It was reported that academician Ismet Ozcelik, his son and teacher Suheyl Ozcelik, Erdem Eroglu, Sraj Mammadov and Mukhlis Amir Noordin were charged under Section 353 of the Penal Code with using criminal force on immigration officers at about 3.30pm, Tamarind Condo, Jalan Sentul Indah last Dec 13.

In May, following the deportation of Ismet and two other Turkish nationals by the Malaysian authorities, their lawyer applied for the charges against the five to be dropped.

They were picked up by the authorities here for being linked to the alleged failed coup against President Erdogan which they had strongly denied.

The lawyers received a letter from the chambers dated Aug 4, informing them that they are willing to consider the request of discharge not amounting to an acquittal.

Ismet was here since November on a social visitor's pass and had his passport seized on Dec 13 by the Immigration Department.

After spending time in remand despite having posted bail, Ismet was granted a United Nations Human Council of Refugees card, after his passport was revoked.