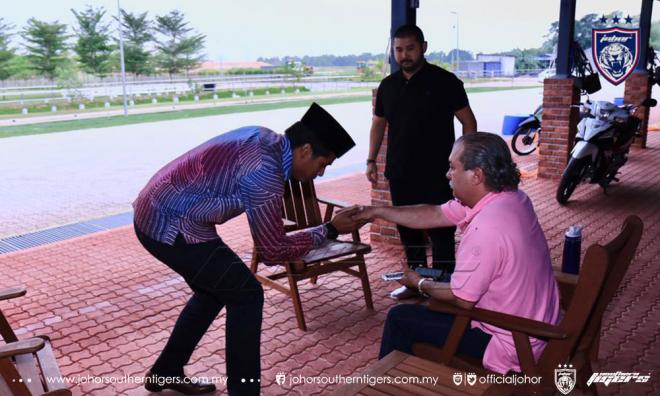 Photographs of Khairy bowing while shaking the hands of Sultan Ibrahim and Tunku Ismail were uploaded to the Johor Southern Tigers Facebook page.

It is not immediately clear what transpired during their meeting.

Sultan Ibrahim yesterday challenged the Malaysian SEA Games polo team, of which Khairy is a member, to a match against the Johor team.

The ruler had accused one of the national polo team members of exploiting the team for his own publicity.

"I challenge the SEA Games polo team to come to Johor and show your fangs since news of your greatness supersedes you.

"Today they played against Singapore. When the team was already winning, he came on and asked the performing player to pretend to be injured.

"So there's a photo of him in the team to be featured in the print media and spread the propaganda to cheat people as if he was victorious and reliable," Sultan Ibrahim said in a Facebook posting.

Though Sultan Ibrahim did not name who he was referring to, the ruler said in a subsequent paragraph that he would like to extend an invitation to the youth and sports minister for the match.