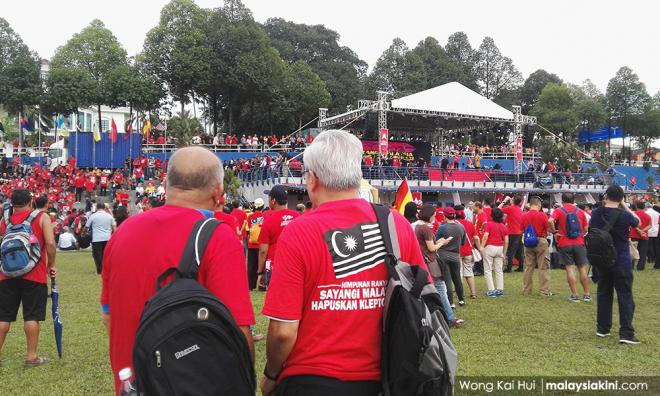 A recent study which claimed that youth voters were politically disenchanted appeared to be reaffirmed by their conspicuous absence at Pakatan Harapan's anti-kleptocracy rally last night.

With two hours left before the end of Pakatan Harapan’s anti-kleptocracy rally at 11pm, a t-shirt seller was already preparing to pack and leave.

“Just selling 25 t-shirts is as tough as pulling a cow!" grumbled the man who first introduced himself as ‘Ali Baba’.

“My name is Lee. (I'm a) Baba Melaka, muka macam Melayu (my face is like a Malay),” he quipped when met by Malaysiakini.

From the few rally t-shirts that he sold in four hours, Lee noted how all his customers were middle-aged or older.

“I only sold L size, XL size…orang perut buncit (for pot-bellied people). Where are the young people?” he asked. 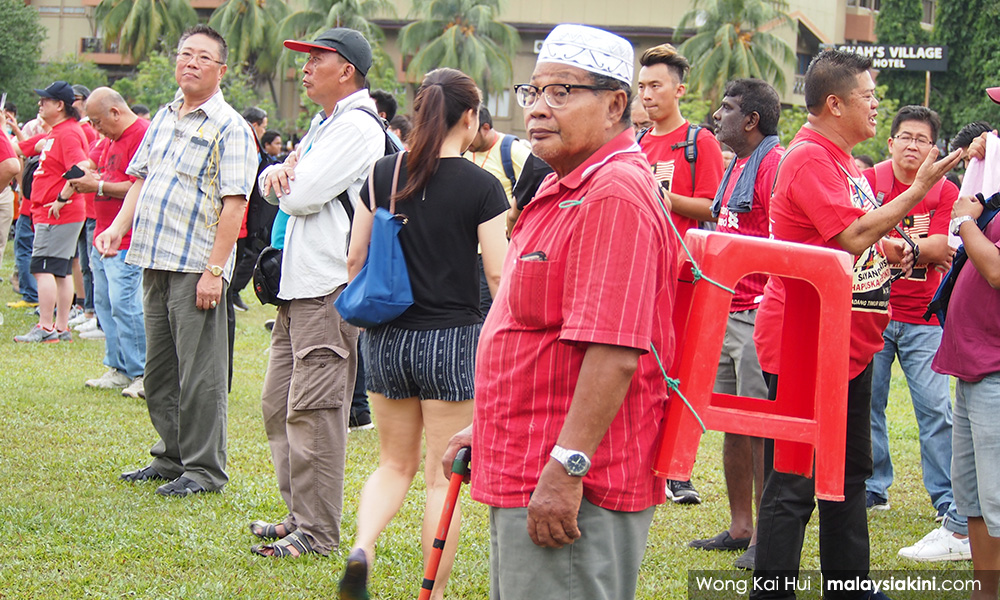