ADUN SPEAKS | Singapore, a nation that is a fraction of our population and our geographical size, dealt Najib a diplomatic sucker punch on the international stage, without even mentioning the word Malaysia.

Najib’s visit to the White House last month drew brickbats and comedy sketches for welcoming an undemocratic tyrant and a human rights violator. This is on top of the many references by various international media to Najib’s 1MDB scandal, casting Malaysia under a glaring spotlight of shame and ridicule.

Singapore Prime Minister Lee Hsien Loong visited the White House on Monday where he and US President Donald Trump had a working meeting in the Oval Office “over lunch” before witnessing the signing of a US$14 billion deal between Singapore Airlines and Boeing for 39 new planes.

It is estimated that the successfully signed and sealed Singaporean deal - as opposed to Najib’s one which he remains to be "working on" - is slated to create 70,000 jobs for the American people.

Yet, Lee did not deludedly offer to “strengthen the US economy” like Najib did. Instead, he spoke of Singaporean military assets and personnel being deployed to help in US disaster relief during the aftermath of hurricane Harvey. 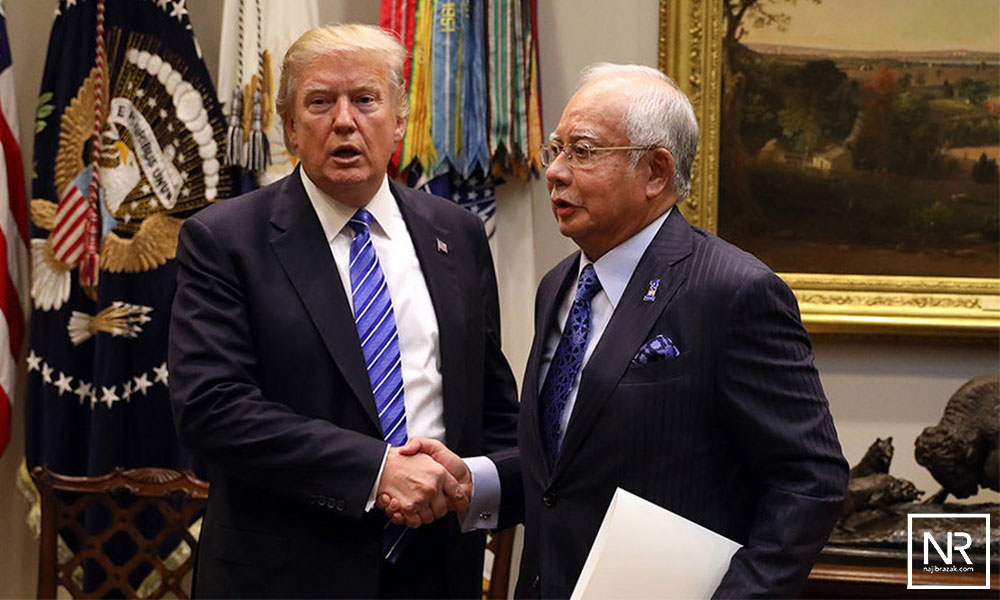 As someone who is not a huge fan of Lee and his party, it pains me to admit that he did so with humility and grace. And to keep up the Malaysia-Singapore rivalry of "kiasu-ness" I reluctantly pronounce Singapore the clear winner against Malaysia.

Lee was also hosted by Trump to a bilateral working lunch together with his Vice President Mike Pence, several cabinet secretaries and senior White House players. On the other hand, Najib’s equivalent was an “Apprentice” style face-off, with a well-staged coldness and a well-rehearsed taciturn on the side of Trump.

If evidence is required, check the transcript for the monosyllabic replies by Trump to Najib's assertions. Not to mention, Trump's tightly folded arms being perfect textbook material for the study of body language to show defensiveness and/or impatience.

As if the difference wasn’t already stark enough, and Malaysia hasn’t lost enough face yet, there’s more. Whilst Najib was denied even the customary photo with the president in front of the Oval’s fireplace under George Washington’s portrait, Lee had a joint press conference with Trump at the Rose Garden where they mutually reaffirmed bilateral ties, pledged continued reciprocal cooperation on several fronts, and flaunted their diplomatic flirtations.

Metaphorically speaking, the G20 summit in Hamburg was their "first date" of this "Bromance of two Kingdoms". This joint press conference at the Rose Garden was their second date in which Trump invited Lee for drinks at his 'crib'.

For all intents and purposes, according to some Singaporean officials, this trip was nothing but a self-introduction exercise by Lee to Trump before the Asean Summit in the Philippines in a few weeks. However, we have just been informed of Trump's decision to miss the Asean Summit; so the third date is postponed, it seems.

This makes it even more painful to stomach for a Malaysian, to see that Singapore punches several weight categories above Malaysia. This is despite the historical fact that it was Malaysia who kicked Singapore out the federation, forcing Singapore into premature independence. 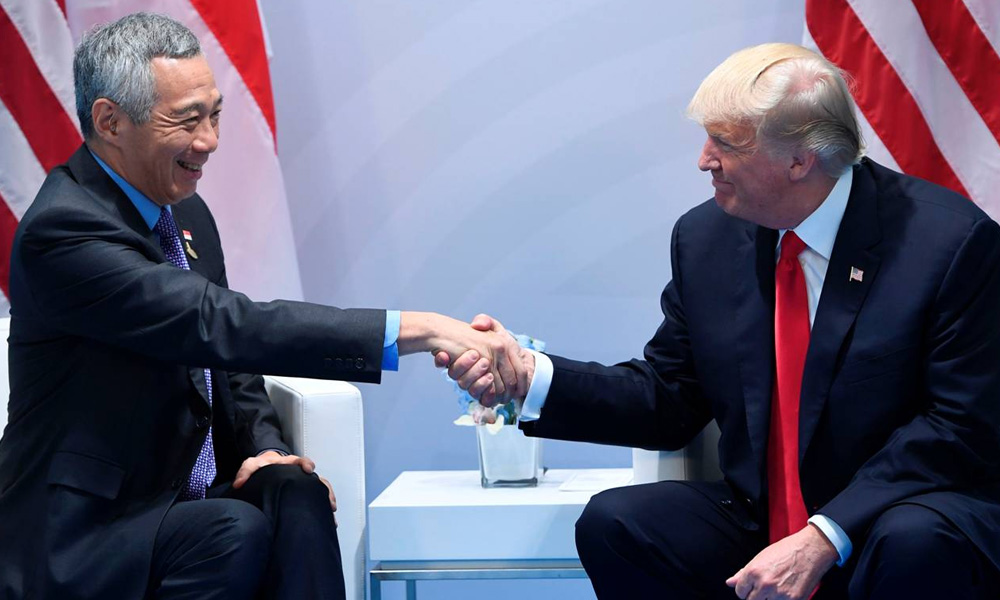 Ultimately, Najib’s failed publicity stunt to exonerate himself of the 1MDB scandal simply did not work. It actually did him more harm than good considering the badly staged, badly performed bad choreography that Malaysians and the rest of the world saw of Najib’s visit to "his golfing buddy" and "friend".

It is painful to watch Lee, the leader of a country equally as undemocratic as ours, afforded such treatment of respect and appreciation, while our own Najib was at best tolerated, and at worst humiliated, when making the same move a month ago.

However, it would be even more painful if, after the next general elections, the Kleptocrat-in-Chief that is MO1 remains in power.

The only remedy to cure that pain is a clear-cut victory by Pakatan Harapan; it may even recover the "face" that Najib has lost us over the years.

HOWARD LEE CHUAN HOW is the state assemblyperson for Pasir Pinji.