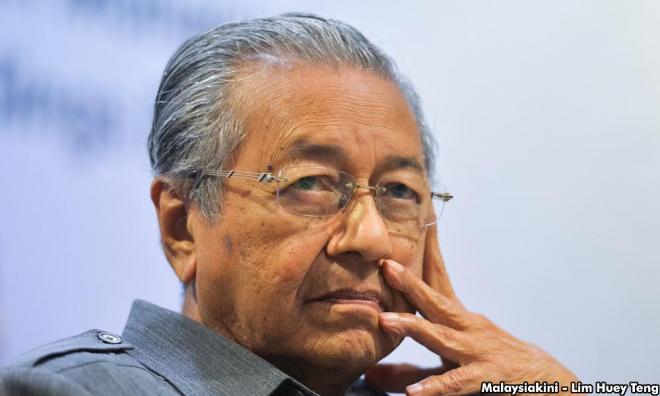 Finally Dr M acknowledges torture, now he must be accountable

COMMENT | Like Donald Trump in the US, "Sorry" seems to be the hardest word for authoritarian populists to say. At least Dr Mahathir Mohamad now admits and regrets that detainees under Operasi Lalang were tortured.

That is the first admission by the former prime minister and home minister that torture took place under his watch. By "torture" he probably refers to physical torture that Joshua Jamaluddin, Irene Xavier and others were subjected to during Ops Lalang.

Let me remind him that the International Red Cross considered our 60 days of solitary confinement as mental torture.

By this admission, Mahathir must now be held accountable for the actions of the police who executed the tortures and so must the former IGP who has valiantly claimed that he was the one responsible for the detentions.

Let me also remind them that Ops Lalang was not the only period when ISA detainees were tortured, so there should really be a Royal Commission of Inquiry (RCI) into all the cases of torture carried out under the various administrations using the ISA.

Prior to the mass arrests of October 1987, human rights organisations and international missions including Amnesty International, had contended that the conditions under which detainees are held were deplorable; that long period of interrogation is tantamount to mental torture and emotional deprivation.

An international panel of lawyers who visited Malaysia in 1982 concluded in their report that:

“The cells lack the most basic of comforts, being of cement with no linen or furniture. They are badly lit and ventilated and are infested with insects, especially mosquitoes. The detainees, who are kept in solitary confinement, are deprived of any basic hygiene needs and are not allowed out of their cells except for interrogation." (Report by the International Mission of Lawyers, 1983)...