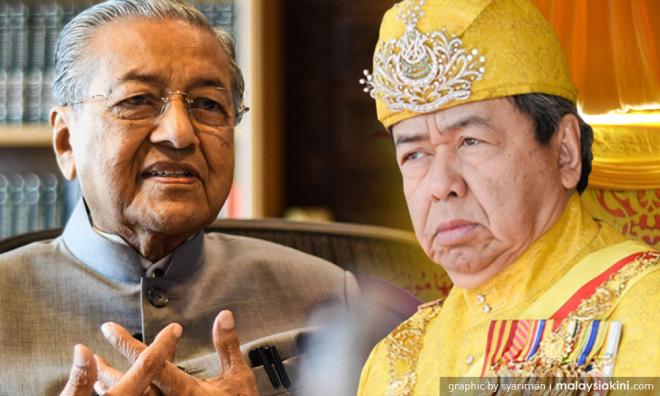 The ruler said the remark was an attempt to insult and incite hatred towards the Bugis community.

Sultan Sharafuddin also revealed that the Selangor Royal Council opined that the former premier's speech warranted an investigation under the Sedition Act 1948 and legal action should be taken against him.

“The Selangor Royal Council views (Mahathir's) speech as crossing the line and could cause hatred and discrimination against the Bugis community to the point of inciting chaos.

“These accusations indirectly insult the ancestry and lineage of the Selangor sultanate which originates from Bugis,” said the ruler in a statement to the media via Selangor Royal Council secretary Hanafisah Jais.

Mahathir, who is also Bersatu chairperson, made the remarks during the Oct 14 anti-kleptocracy rally in Petaling Jaya in reference to Prime Minister Najib Abdul Razak's ancestry.

“Maybe he can trace his ancestry to Bugis pirates. Somehow, he lost his way and came to Malaysia. Go home to Bugis (Sulawesi)!” he had said.

Sultan Sharafuddin said these remarks were clearly offensive to the Bugis community and depicted them as originating from “pirates, thieves and criminals”.

The ruler pointed out that historical facts showed that the Selangor sultanate, which is of Bugis descent, were warriors who fought for and defended the peace throughout the Malay archipelago.

“Mahathir as a former prime minister who led this country for 22 years should be careful in making statements and be more knowledgeable about the historical facts of the Bugis,” he said.

The sultan also reminded politicians not to poke fun at races or to use them for political mileage as it could threaten peace.

At the time of writing, Mahathir's office yet to respond to Malaysiakini's requests for comments.

Mahathir's remarks had caused an uproar among the Bugis community, with one group protesting outside his Perdana Leadership Foundation office in Putrajaya on Oct 18.

A PAS leader had called for the former premier's arrest under the Sedition Act, whereas a group in Jakarta demanded an apology from Mahathir via a memorandum to the Malaysian embassy.

Mahathir has since explained that his comments were only directed at “crooks who stole money”.