While admitting that scandals involving Felda and its subsidiary Felda Global Ventures Holdings Bhd are important, Pakatan Harapan leaders have insisted that the 1MDB scandal is bigger.

“1MDB’s amount of debt far surpasses FGV or Felda’s. Certainly, the effects of 1MDB on the nation's finance are a lot more severe than FGV's, in every sense of the word,” PKR vice-president Rafizi Ramli told Malaysiakini.

Rafizi was responding to prominent economist Jomo Kwame Sundaram, who said that the FGV scandal is bigger than the one surrounding 1MDB as it affects more people. 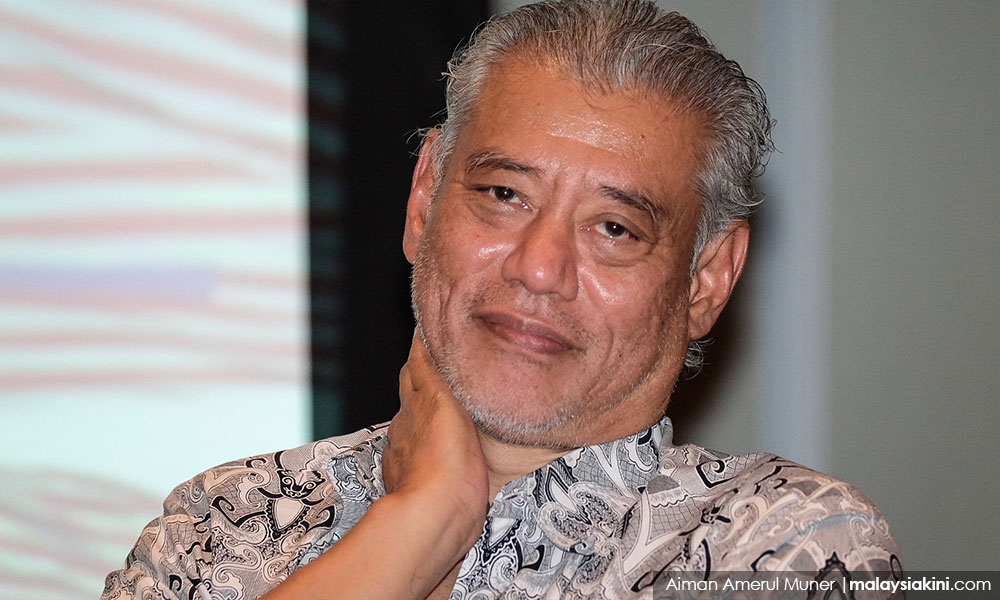 Jomo (photo), in a forum last Saturday, also said there was a tendency for “everyone in the opposition” to focus on 1MDB.

However, Rafizi begged to differ, noting that despite Jomo’s opinion on Harapan’s perceived disunity, the coalition had been instrumental in making both the Felda and FGV scandals public.

“Between December 2016 and now, I have not stopped focusing on Felda or FGV.

“Personally, I can take credit for the removal of (former Felda chairperson) Isa Samad, because I made a public statement, as early as January 2017, that the Felda and FGV issues are too serious to be swept under the carpet, that (Prime Minister) Najib (Abdul Razak) (will have) to make Isa a scapegoat by arresting him.

“And it happened – one month after my exposé on Felda's purchase of Eagle High Plantations and the severe effects on Felda, Isa was removed,” he said.

Rafizi further pointed out that his last 15 press releases from October and November had all pertained to either Felda or FGV.

He also explained that it is always either him or DAP lawmaker Tony Pua who addressed the financial scandals at length because a comprehensive understanding of commercial and legal issues was necessary to do so.

“To expect everyone to focus on making exposés and with eyes trained on Felda or FGV every day is not realistic,” he added.

The Harapan leadership, Rafizi insisted, had even fine-tuned its approach by focusing on issues involving wages, inflation, the goods and services tax (GST) and employment.

“(This is) because Invoke surveys clearly showed those (issues) have more traction than simple repetition of 1MDB.

“It is not that the public doesn't like 1MDB, they know it's over and done with. But they also know the effects on their livelihood due to subsidy cuts and the GST.

Bersatu supreme council member Rais Hussin Mohamed Arif said that although the Felda scandal has had a large impact on thousands of settlers and their families, the one surrounding 1MDB may have greater economic consequences.

“1MDB is a huge scandal that has far-reaching implications on the Malaysian economy.

“The opposition coalition has been doing what it can, (despite being) constrained by many acts, like the Official Secrets Act, to bring these complex multi-billion scandals to the public’s understanding,” he said.

Further, Rais Hussin said, there is today greater awareness of the multi-billion ringgit scandals in urban and semi-urban areas, and that the “real battle” would be waged in rural pockets.

Nevertheless, he pointed out that no one in the country would be talking about these scandals if not for the “heroics” of some members of the opposition coalition.

“They dared to blow the whistle on these monumental cases of corruption, malfeasance and abuse of power, risking their personal and family’s safety.

“Others have paid with their careers or even lives, all for the sake of fighting for the truth,” Rais Hussin added.

Meanwhile, Amanah leader and Persatuan Peneroka Anak Felda (Anak) chairperson Mazlan Aliman admitted that although efforts have been made to highlight the FGV and Felda issues, they paled in comparison to the emphasis placed on 1MDB.

“Maybe because the Felda issue doesn’t affect all races.

“(Also), not all Harapan leaders are able to elaborate on the issue,” he said.

However, Mazlan claimed that Harapan still views issues related to FGV and Felda as important.

“It will be specifically included in Harapan’s manifesto,” he said.