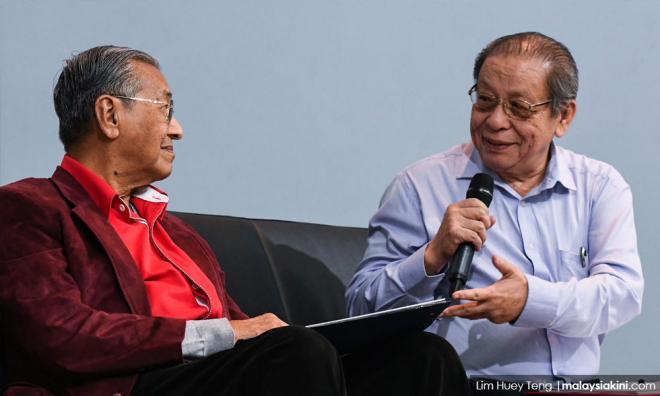 The duo – who were once well-known "sworn enemies" – fielded various questions, including on nepotism and the Internal Security Act.

Both Mahathir and Lim have been accused of practising nepotism due to their respective sons following in their footsteps to join politics, while Lim was detained under the ISA during Mahathir's time as prime minister.

In the early part of the session last night, Mahathir said he understood why many people did not agree with the things he did during his premiership...