Fathia, through a series of tweets today, asked why the authorities were now digging up something that happened 30 years ago.

"Action taken only after 30 years? After decades of Tun's service? Is this 'smart'?

"When a person does nine good things, no one sees it. One 'mistake' and is that all you see?" wrote the actress.

The Royal Commission of Inquiry (RCI) on Bank Negara's forex losses in the 1990s had established that RM31.5 billion was lost in speculative forex trading between 1992 and 1994. 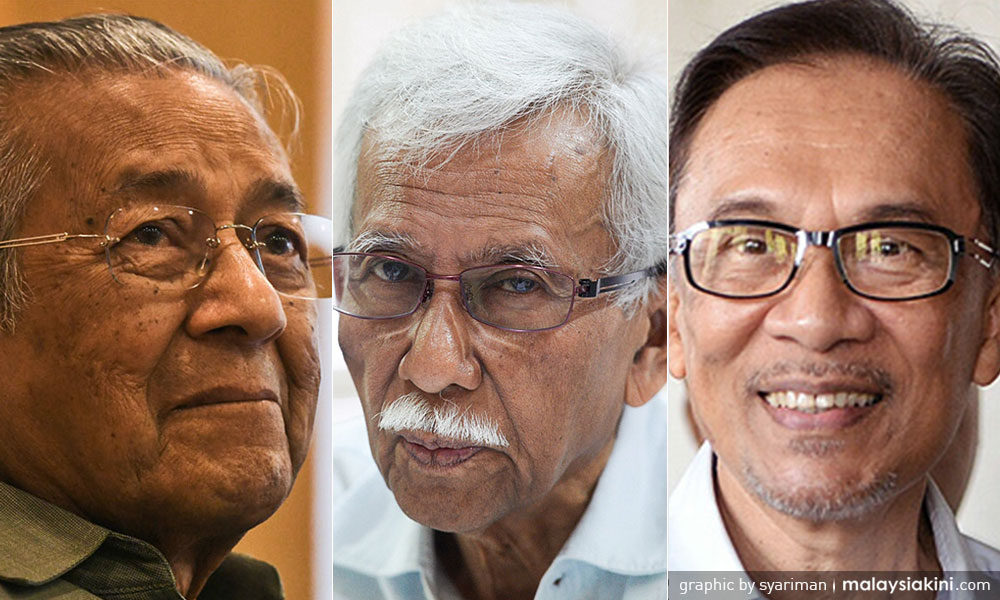 Mahathir and Anwar were also accused of misleading the cabinet over the extent of the actual losses.

Fathia, who has won awards for her roles in multiple Malay drama series, also asked her 200,000 followers on whether similar investigations should also apply on a "someone's personal account".

Nak buka cerita lama balik? Ok let's talk about a sum of money that was deposited to someone's personal account. Investigation should be made accordingly and 'the result' is to be disclosed to the public since there are questions that have not been fully answered.Agree?

"You want to dig up old stories right? Okay. Let's talk about a sum of money that was deposited to someone's personal account.

"Investigations should be made accordingly and the result is to be disclosed to the public since there are questions that have not been fully answered. Agreed?" she asked.

Although Fathia did not mention names, it was likely that she was referring to the purported RM2.6 billion "donation" to Prime Minister Najib Abdul Razak.

1MDB was set up by the Najib-administration in 2009 as a sovereign wealth fund, but it is now under investigation by several jurisdictions over money laundering charges.

Punitive measures had been taken against banks and bankers in Singapore and Switzerland, where 1MDB money had flowed.

Malaysian authorities had not laid a single charge back home and cleared Najib of any wrongdoing.