COMMENT | As Season two of Netflix-original series "The Crown" approaches, we in Malaysia find ourselves reflecting on the meaning of a constitutional monarchy alongside the question of whether celebrities should be allowed or encouraged to have a say in Malaysian politics.

Let’s start with the celebrities who have been speaking out on politics lately, including, but not least, Nur Fathia Latiff, Sheila Majid and Adibah Noor.

Another individual not in this category, but who theoretically fits is Azwan Ali - though he is arguably a former celebrity. 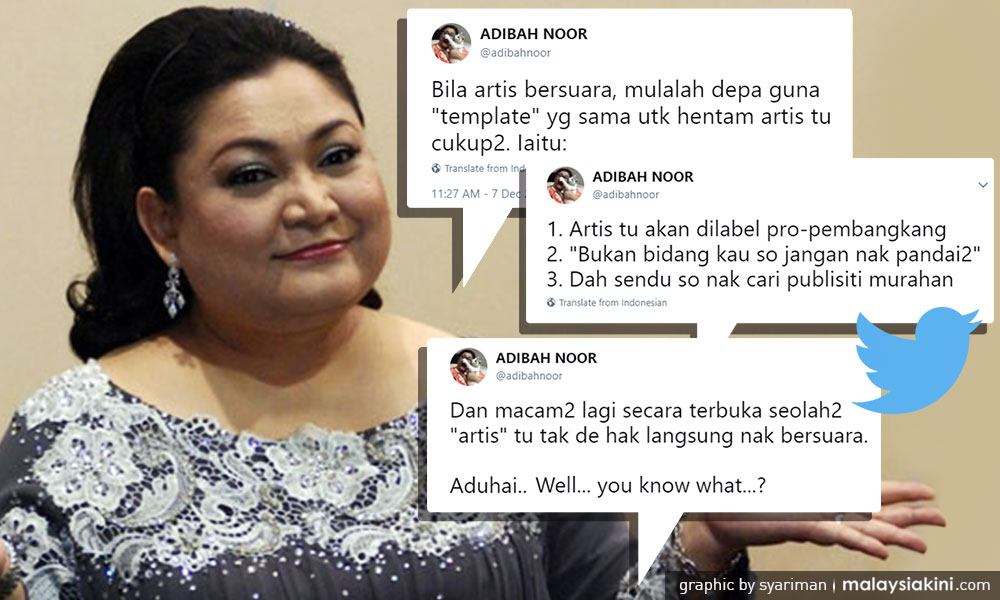 I think the right position on what celebrities should or shouldn’t say is clear: they should be able to say whatever they want, subject to the same consequences as the rest of us.

I don’t believe that their career in the public eye places them in any sort of position that overrides their basic human rights to express their opinion on politics, or any other subject for that matter.

However, from a purely business perspective, most celebrities are aware that making political comments can cost them fans, though sometimes it can also win them new ones.

In this regard, I say we should applaud celebrities who feel it important to stand up for their beliefs, regardless of how it may affect their careers...