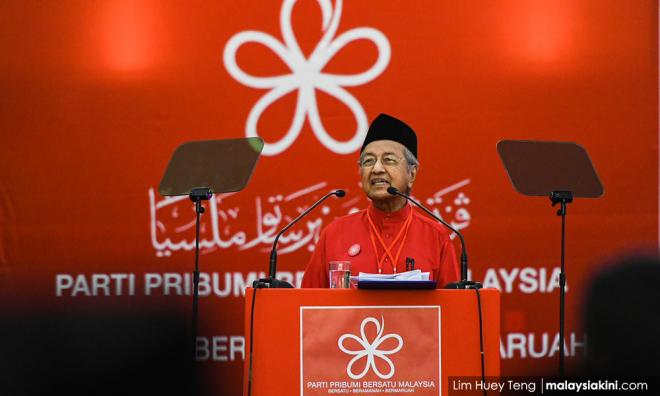 COMMENT | There is that old adage about the pot calling the kettle black, and a recent news report on BN leaders calling ex-prime minister Dr Mahathir Mohamad “hypocrite” for promising free speech, smacks of just that.

It is true that Mahathir may be seen by many to have started the practice of abusing the law for political persecution, namely the use of the draconian Internal Security Act 1960 to detain his political rivals and opponents.

But he has partially repented, with his “qualified,” “customary,” election manifesto- smelling apology, and said what is perhaps to him, the hardest word: "Sorry."

It may be symbolic, but it has even been accepted as political reparation by some in the family of his once-protégé-turned-nemesis-turned-political-ally-of-convenience, jailed de-facto opposition-slash-PKR leader, Anwar Ibrahim.

Some, like constitutional law expert Abdul Aziz Bari (photo), may yet count the former premier's sins, but at least Mahathir did what we once thought that only a team of full blooded Arabian race horses could drag out of him, kicking and screaming...