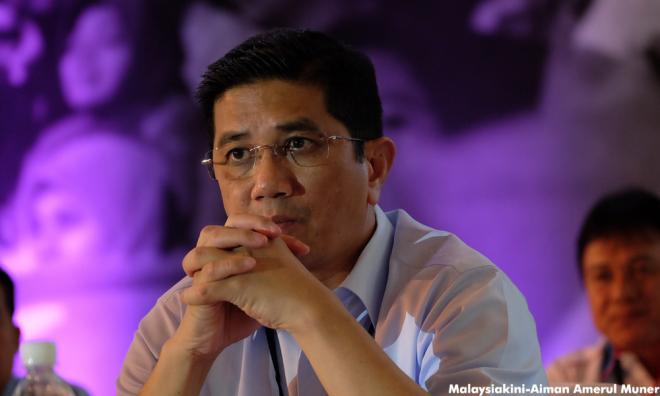 Selangor Menteri Besar Azmin Ali is an integral figure in Pakatan Harapan but some in the coalition continue to hurl insults and accuse him of having a personal agenda, said PKR supreme council member Latheefa Koya.

She claimed there is a group which is fond of slandering the PKR deputy president, forgetting how the latter is essential to the effective functioning of the opposition coalition.

Latheefa said Azmin was the architect behind the meeting between Dr Mahathir Mohamad and Anwar Ibrahim on Sept 5, 2016, which led to the former foes forging an alliance and creating hope for the nation.

“Other leaders not only criticised, but sabotaged and attempted to drive a wedge between the two.

“Have we forgotten the vile work of 'mat bocor aka budak kecik', who shifted between supporting and criticising (the alliance),” she added in a Facebook post without mentioning names.

On the contrary, Latheefa said Azmin has remained consistent and far-sighted with regard to this strategy despite being labelled as a traitor and so forth.

She also pointed out that it was Azmin who mounted a legal challenge against the Election Commission over the proposed delineation process.

This move, she said, resulted in the court issuing a stay order for a year, which in turn, provided Harapan with ample time to organise itself.

“If Azmin did not make this challenge, the general election would have been called a long time ago and Harapan would not have been prepared.

“Did anybody say thank you? Nope. Totally ungrateful! Until today, he is insulted and accused of not being a team player,” she added.

Furthermore, Latheefa said the Selangor government's effective and sterling administration under Azmin and its pro-rakyat policies have provided Harapan with a “showcase state”.

“He did this in a situation of immense pressure and unrelenting challenges.

“Did anyone commend him for this? Only the people thanked him.

“Unfortunately, a handful of Harapan leaders only know how to accuse Azmin of being a traitor and having a personal agenda,” she added.

Therefore, Latheefa said in order to really “move on”, these quarters must set aside their ill-intentions and focus on their foes which are BN and Umno.

The PKR leader was responding to the calls on those dissatisfied with Harapan's prime minister candidate announcement to “move on”.

Earlier, she said the opposition coalition had trapped itself in BN's game with its hasty announcement.

During its national convention on Sunday, Harapan announced Mahathir and PKR president Dr Wan Azizah Wan Ismail as its candidates for the prime minister and deputy prime minister's posts.