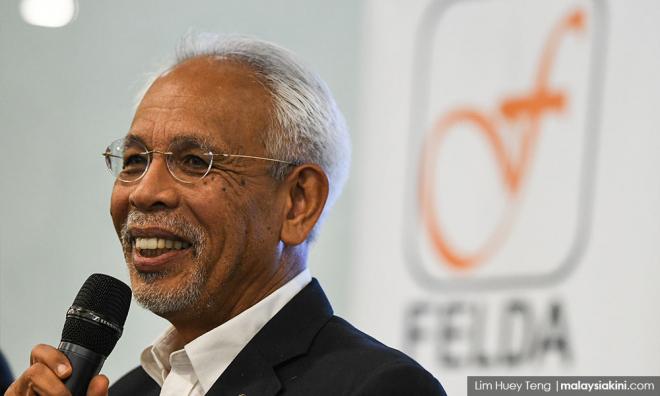 However, he said the restructuring of the management team under Felda's umbrella has shown some improvements, with each subsidiary being led by a different chairperson to ensure smooth operations.

"As a government agency, Felda has its own chairperson and board members. On the other hand, Felda Global Ventures Holdings Bhd (FGV), as a business entity, has a different chairperson and different members of the board of directors.

“This will avoid confusion in terms of division of tasks," he told Bernama in Kuala Lumpur today.

He was commenting on Finance Minister Johari Abdul Ghani’s remarks that Felda’s quagmire was due to malpractices within the corporation.

Johari was recently quoted as saying that a wrong business model, weak management and poor governance were the three top reasons why several government and government-linked companies (GLCs) were facing problems, followed by not getting the right talents.

On the contrary, Shahrir said Felda and its subsidiaries had no problems in getting the right talents as it hired those who were experts in their fields.

On the ongoing forensic audit on the Kuala Lumpur Vertical City (KLVC) project in Jalan Semarak here, he said Felda welcomed the move as it would further ensure that there would be no more discrepancies within the organisation.

The auditing process are ongoing and the forensic team will be coming to Felda next week to continue with its investigations, he said.

The Prime Minister's Department had appointed an external audit firm to conduct a forensic investigation into the project involving Felda land at Jalan Semarak, which was being developed by Synergy Promenade Sdn Bhd.

The firm will conduct forensic audits on all project activities, decisions and actions and revise the relevant regulatory process, including internal administrative weaknesses and oversights by Felda or its investment arm, Felda Investment Corporation Sdn Bhd.

It was reported that the audit firm's investigation also involves the Kuala Lumpur Federal Territory Land and Mines Office and Kuala Lumpur City Hall, and Felda was at risk of losing ownership of the piece of land worth more than RM200 million following what had been described as a “dubious deal” in 2015.