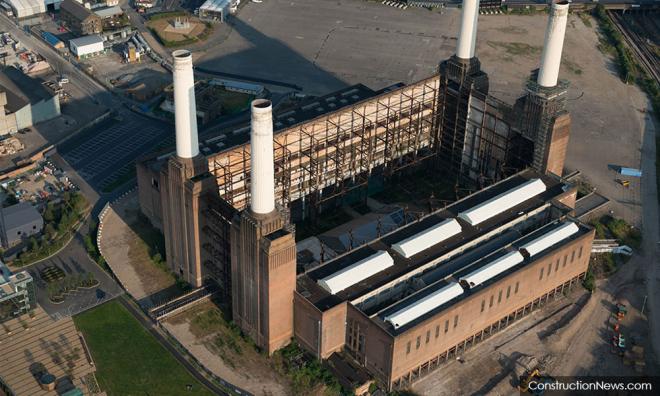 The decision to possibly buy commercial assets in Phase 2 of the Battersea Power Station development was undertaken independently without any government intervention, the Employees Provident Fund (EPF) and Permodalan Nasional Bhd (PNB) said .

In a joint statement today, the funds said the decision to explore the potential reorganisation of ownership was purely an investment consideration initiated by the BPS (Battersea Power Station) board and management team, together with the EPF and PNB.

“EPF and PNB confirmed that they had signed a Heads of Terms (HoT) with Battersea Phase 2 Holding Co Ltd to initiate preliminary negotiations to purchase commercial assets in the Phase 2 for an estimated total consideration of £1.61 billion (RM8.76 billion).

“The HoT, however, is a non-binding agreement and its terms will be subjected to further due diligence and negotiations,” it said.

EPF is already part of the consortium of developers, consisting of SP Setia and Sime Darby Property in the greater Battersea Power Station development which began in 2012, with the entire development spanning Phase 1 to Phase 7.

EPF directly owns 20 percent of the Battersea Power Station development and the reorganisation exercise will not affect EPF’s shareholdings in the existing overall development.

PNB, on the other hand, holds majority stakes in SP Setia and Sime Darby Property which jointly own an 80 percent equity in the Battersea Power Station development.

The initial capital invested into the project by the consortium of developers has also been reinvested into developing subsequent phases.

The statement said the EPF and PNB were now contemplating to acquire ownership in Phase 2 of the project – known as The Power Station building – which is the anchor project consisting mainly of retail and office spaces.

“The EPF and PNB view this as a strategic opportunity to secure ownership of a unique and iconic real estate asset in a global city, which will be able to deliver a sustainable income stream into the future to meet their respective income needs,” it said.

It said Phase 2 of the project was expected to be completed by late 2020 and has also been pre-let to anchor tenants such as Apple, one of the world’s leading technology companies, for a 500,000 sq ft tenancy – in one of London’s largest ever office pre-lets.

“This bodes well for potential investors, as it is seen as a precursor to an exciting future for the Battersea Power Station development,” it said.

The purchase price, which was still subject to further due diligence, has been structured based on a completed and tenanted basis, to provide attractive long-term yield for the investors, it said.

“In line with its diversification programme of recent years, the EPF has been actively expanding its real estate and infrastructure assets both domestically and overseas to deliver long-term sustainable income for the benefit of its members,” it said.

The proposed transaction was also in line with PNB’s Strategic STRIVE-15 Plan which outlined a long-term strategy of portfolio diversification and judicious expansion into global assets, the statement said.

“EPF and PNB are steadfast and committed to uphold the trust of the two institutions’ members and unit holders respectively, as well as the Malaysian public, and any inferences that investment decisions are made for any other reason than for the benefit of the people are completely false and malicious,” it said.