COMMENT | Mission accomplished – we have finally hit the target of raising RM350,000!

That milestone was reached yesterday - 12 days after we launched the Defend Malaysiakini Fund following the Court of Appeal’s decision on Jan 11 which reversed the High Court judgment.

The decision was a major blow to Malaysiakini - it was ordered to pay RM200,000 in damages and RM150,000 in legal costs to Raub Australian Gold Mine (RAGM) for publishing three articles and two video clips on health concerns expressed by villagers regarding mining activities near their village at Bukit Koman in Raub, Pahang.

To raise such a huge sum within two weeks is indeed a feat of great proportions. But it couldn’t have been accomplished without YOU. A big thank you to all those who have participated in the effort.

Some of you have asked why we needed to reach out to Malaysians to raise the money. Here’s why:

Malaysiakini’s annual budget is RM6.5 million. This goes towards funding the operation of four of the country’s top news websites in English, Bahasa Malaysia and Chinese as well as KiniTV.

In addition, we serve 4.3 million Facebook fans and 1.3 million Twitter followers. Apart from journalists and editors, we have a team of advertising executives under our sister company FG Media, another team to handle technology and of course, the subscriptions and administrative department.

Our aim for each financial year is simple – to make sure that we earn enough to cover our expenses. And we have been doing that over the past 18 years. Yes, there were good years and there were bad years. In good years, we reinvest much of our profit back into the company. In bad years, we tighten our belts.

While online advertising has grown by leaps and bounds, those who benefit most from it are not content providers; they are the big technology companies like Google, Facebook, Yahoo, Microsoft and Twitter, to name a few. Search engines alone control almost 50 percent of the market.

Websites such as Malaysiakini are competing not just with other local brands for advertising but with super companies, the likes of Google. Moreover, online advertising does not bring in the kind of top dollar that print or broadcast advertising once commanded.

Old media may earn, say, about RM100 in advertisement revenue for every reader. News websites earn just RM1 per reader, per year. That’s 100 times less than what the print media used to earn. So advertising alone cannot support a news website like Malaysiakini.

And to maintain this hand-to-mouth existence, we have kept a tight rein on our expenses, in particular salaries, which is our biggest outlay. Many of those who work for Malaysiakini get lower than what the market pays.

Indeed, those in senior management earn almost half of those in similar positions elsewhere. Clearly, everyone in Malaysiakini is making tremendous sacrifices to keep the operation going.

And it was difficult for us to hire good people with the salaries we offered. However, we believed that if we trained those who were a little wet behind their ears, they would one day be among the giants in the industry. 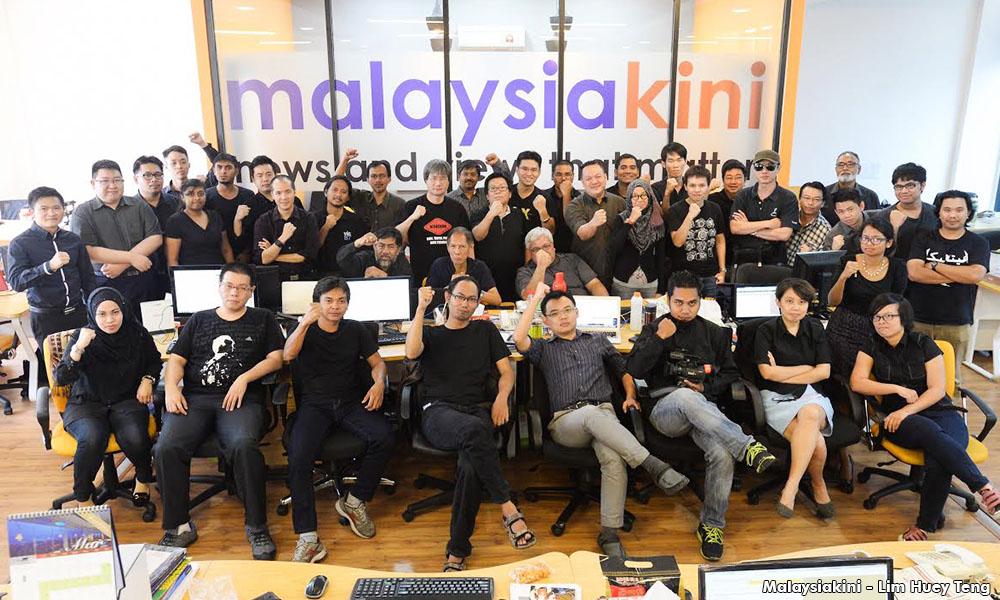 So, this is why we had to raise money from the public. We don’t have a contingency for such unexpected off-budget items. Our legal battles are mostly fought by lawyers who represent us pro-bono.

The last time we went to the ground to raise funds was four years ago – the ‘Buy a Brick’ campaign which raised RM1.7 million for our new building in Petaling Jaya. We hope we don’t have to do this very often.

And yes, there are other legal battles – the National Feedlot Corporation (NFC) lawsuit which we won in the High Court and has now gone up to the Court of Appeal. There is also the lawsuit by Deputy Agro-Based Industries Minister Tajuddin Abdul Rahman over our reports on the fracas at Parliament grounds. That has yet to be heard in the High Court.

And there is the big one – the lawsuit by Prime Minister Najib Abdul Razak over comments by our readers. Again, this has yet to be heard by the High Court as our lawyers are filing constitutional challenges.

On top of that, both of us have to fight criminal charges over the KiniTV video which has upset attorney-general Mohamed Apandi Ali. That will soon be heard in the Cyber Court.

We are confident that we will prevail in these court battles. And we are confident, perhaps more so now, that you will stand by us again should the law fail us.

More than 2,175 supporters have contributed to the Defend Malaysiakini Fund in the past two weeks. Almost all are small amounts, the biggest being RM3,500. The Bukit Koman villagers also helped to chip in as well. And some of you even contributed more than once.

There were no tycoons, no corporate sponsorship. Only people like you – wage earners, the self-employed, retirees – giving their hard-earned money to the fund. It is this spirit which we promote among those who work in Malaysiakini. And it is this spirit that we want to see among our supporters and among all Malaysians.

For that, we tip our hats to each and every one of you. Thank you!

STEVEN GAN and PREMESH CHANDRAN are co-founders of Malaysiakini and editor-in-chief and chief executive officer respectively.

While Malaysiakini is officially ending the RM350,000 campaign, those who want to contribute can continue to do so, as any additional money will go into Malaysiakini's legal defence fund for future cases.

Those wishing to contribute can bank in their donations to the following account: