Foreign Minister Anifah Aman has described the meeting between Pakatan Harapan and ambassadors of the European Union countries as a desperate and narrow political practice as this will only invite foreign intervention and pressure on the democratic values and principles practised by  Malaysians.

He said that the narrow politics of Harapan had posed a problem to the government's strategy and policy in championing the cause of the people in the country.

"At the meeting, Harapan raised issues concerning national administration and asked for foreign intervention in the country while at the same time the country was being recognised and respected at the international level and the momentum of economic growth was strengthening.

"The Harapan politics which invited foreign involvement demonstrated their (the opposition's) actual intention which neglected national sovereignty and prosperity,” he said in a statement today commenting on the meeting between Harapan chairperson Dr Mahathir Mohamad and 16 EU ambassadors in Kuala Lumpur on Wednesday. 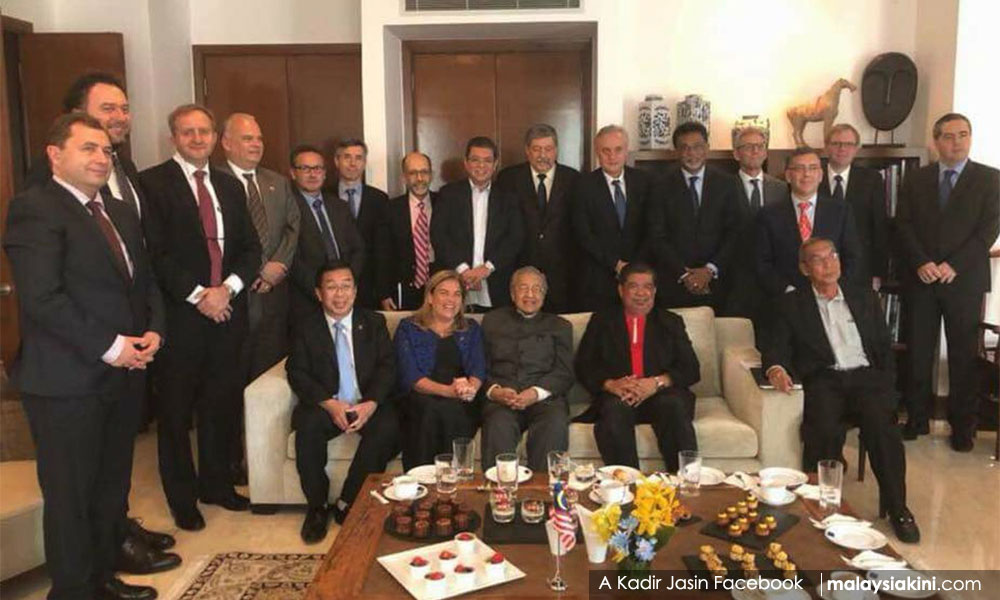 As a democratic and independent nation, Anifah said the government did not prevent the foreign ambassadors to practise international diplomacy, in line with the norms and values enshrined in the Vienna Convention on Diplomatic Relations 1961.

"We were made to understand that it was not the intention of the EU ambassadors to listen to the negative accusations of Harapan against the government, but the move by Harapan in involving the foreign powers is a most unpatriotic move and belittled the dignity of our nation,” he said.

At the same time, Anifah pointed out that the government would not hesitate to take stern and appropriate action against any group that violated the norms and values enshrined in the convention.

"This represents another excuse and hypocrisy which had been Mahathir's political thrust which clearly ignored national interest and that of the people in order to gain power,” he explained.

According to Anifah, when Mahathir was the prime minister, he was among those who had been very critical of the west.

He said the action which belittled the government's strategy should jolt the people as to who actually upheld the rights and sovereignty of the nation.

‘International observers not needed for GE’

Meanwhile in Padang Terap, Kedah, Umno Supreme Council member Mahdzir Khalid said there was no necessity for international observers for the general election to be sent to this country. 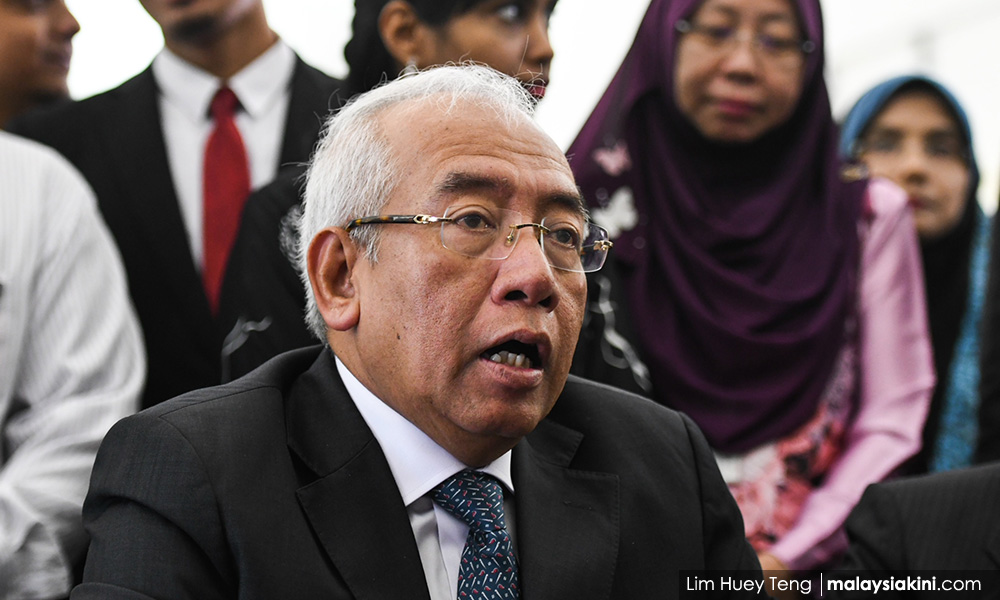 Mahdzir, who is also the Education Minister, said this was because the standard system of the GE in Malaysia which had long been in practice was similar to the other countries which, in fact, had strict SOPs.

“When Mahathir was the prime minister previously, he had said that all the GEs were transparent, but now that he is in the opposition, he is asking others to observe the GE as though he did not believe in the system,” he told reporters after officiating the “Karnival Muafakat Komuniti dan Pemimpin Bersama Rakyat” at Felda Lubuk Merbau today.