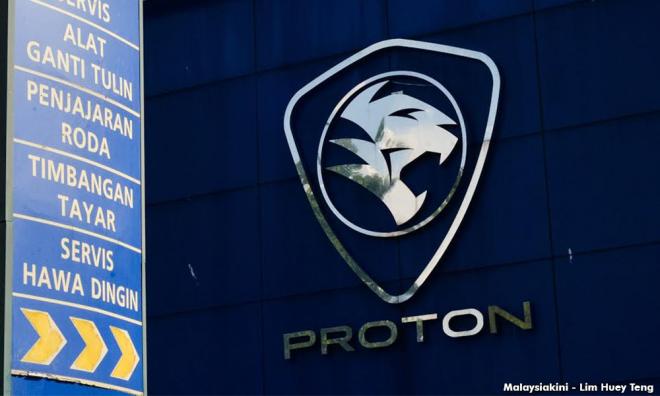 YOURSAY | There is no handicap in the business world - either you make the cut or you don't.

It is this discriminatory policy that has thrown Proton into a basket case in the first place. Business and politics don't mix. There is no handicap in the business world - either you make the cut or you don't.

When Proton accepted Geely as a major strategic shareholder, it should know this Chinese company will make drastic changes in order to make a profit and run the company as they do in China.

This company does not owe the bumiputera anything. It put money into this venture and by hook or by crook, it will earn a return on every renminbi it invested.

When Geely makes money, its Malaysian shareholders make money too. It's high time for bumiputera companies to stop expecting a free lunch at the expense of others.

If they want a piece of Proton's business, they should compete for it like any other companies.

Léon Moch: Who are these 3S (sales, service and spare parts) centres owners since Zainuddin says dealers can't afford to open them? Does Geely own all Proton 3S centres in Malaysia?

If so, it makes some sense why individual dealers may not be able to compete with a big corporation that has critical mass on its side.

But if these centres are owned by small-time Malaysian dealers, this begs the question of why Pekema claims that its members are unable to open 3S centres and compete when others seem to be able to?

Also, are non-Pekema dealers also complaining about the same thing such as the inability to cut costs, etc? If not, Pekema needs to find out why the others are able to do it and learn from them.

Hplooi: Crony suppliers are at the very heart of the problem afflicting Proton (and many government-linked companies). Failing to tackle these suppliers will doom Proton to failure.

In any complex product, the key lies not in the product itself but in the supply-chain ecosystem. In the case of cars, they include specialist sub-systems such as brakes, air bags, panelling, wiring harness, electronics, engine, etc.

Unfortunately in Malaysia, despite three decades of government support, the local supply-chain ecosystem (which is really a gravy train for cronies gifted with sweetheart contracts) have utterly failed. If these suppliers can only survive on the back of Proton, then they are utter failure.

Thailand has now overtaken us in the car parts supply chain. A Toyota made in Thailand has more local content than a Proton made in Malaysia.

I.AM.Malaysian: As Proton’s market share is dwindling, it's time to add value to the brand and improve the quality of its cars. Suppliers have to step up its effort to provide quality components, otherwise Proton (their golden goose) will continue to lose its competitive edge.

If Pekema doesn’t encourage its members to improve, they may as well prepare for the demise of Proton. In that case, everyone (Proton and the suppliers) will lose.

Anonymous 2456321485312809: In business, it is important to constantly keep your costs low in order to remain competitive.

Wake up and smell the roses. Geely is now a key owner of Proton and as with other businesses, they naturally intent to make profits.

If you cannot do business the way Geely wants you to, then go look for handouts elsewhere. Good luck in finding that though.

Dr Suresh Kumar: Despite enjoying numerous benefits where the sky is the limit for decades from the government, you are still crying foul and pointing fingers at non-Malays for your failures, aren't you?

Please drop the entitlement mentality and be the architect of your own future, only then will you progress and will be able to build self-esteem, self-confidence and respect.

Be industrious and reinvest your profits into your business instead of splashing on luxury cars, superbikes, ultra-modern offices, big mansions, new young wives and eventually be declared bankrupt for the inability to pay your debts.

Be reminded, we are living in a borderless world and no one owes you a penny. I hate to generalise but this is the fact. I can attest to it. I have witnessed ordinary Malay warung operators work much harder than these so-called bumi ‘businessmen’.

Just a Malaysian: Geely should be firm in standing up against those who cry discrimination. It should build a class of Malay entrepreneurs who can and dare to take on the world.

Maybe, the short term can be painful but the emergence of a group of true Malay global players will drive this country forward. Now we are stuck with cry-babies.

Disgusted: All these people want are crutches from the government from cradle to grave. They are so spoiled by BN's handout policies that it becomes a culture shock when they are asked to compete with others (non-bumi) on a level-playing field.

Many of them run sloppy businesses and end up with financial problems, and time and again, have to be bailed out by government institutions. So when they have been asked to raise the standard of their service, they find it difficult to do so.

We can see clearly many dealers diverting the money earned in their dealership to finance their lavish lifestyle, instead of ploughing it back into the business to upgrade or improve.

Many owe Proton money and have huge outstanding debts. Now when asked to streamline their business and tighten their belts, they scream that their bumi privileges are under threat.

BTN: Wake up. The mainland Chinese do not invest billions in our country and have to listen to things such as race and religion.

They just want to make money. To be successful, both sides will have to grasp this opportunity.

P Dev Anand Pillai: Now, hasn't the preferential treatment come back to hit you? How does it feel?

Remember you have a large young population whom you have brought up thinking that preferential treatment is a right inherited by birth. What would you say to them?