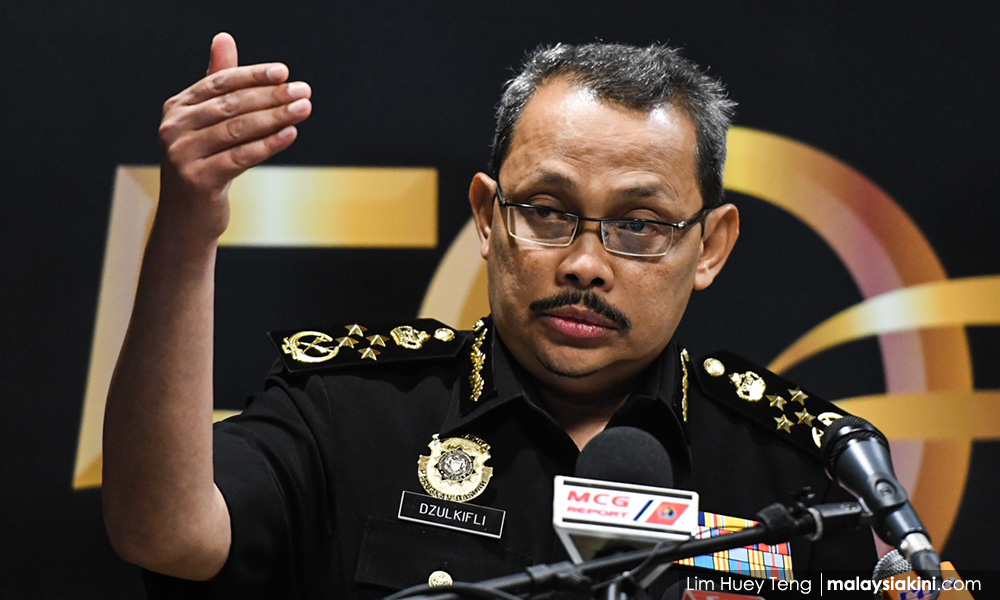 Dzulkifli said he was "shocked" by the results because it did not reflect MACC's aggressive approach towards combating graft.

"To me, the CPI for last year, if we based it on the reality of what happened in the country and the actions taken by the MACC, then it (our rank) should be better than 2016. That was my prediction.

"Therefore I'm rather shocked by the report... because it is not based on reality (nor the) actions (taken by the MACC), the aggressiveness in prevention and education (efforts) which we implemented in 2017," he told reporters in Kuala Lumpur today.

According to the CPI, Malaysia was ranked 62nd among 180 countries - down seven places since 2016 - placing the country on par with Cuba.

This is the lowest rank ever attained by Malaysia since the CPI was established in 1994. 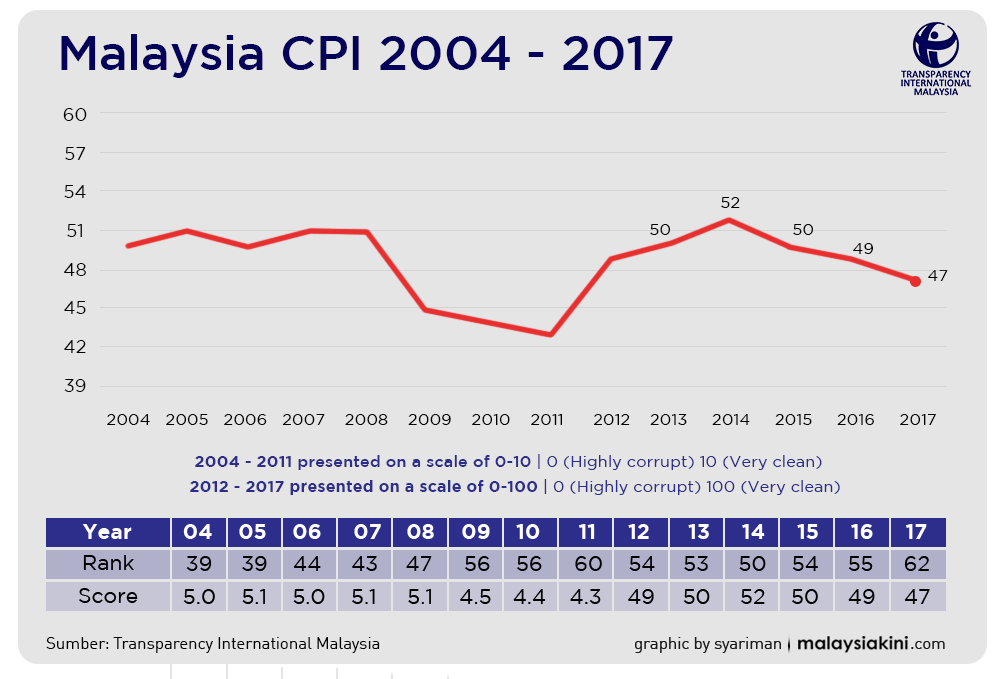 Dzulkifli's response was a stark contrast to cabinet's official position on the CPI rankings.

Minister in the Prime Minister's Department Paul Low speculated that MACC's aggressive enforcement measures may have created "more negative perception" and hence contributed to the drop in CPI score.

The minister added that present measures taken by the MACC and Putrajaya to curb graft will eventually see Malaysia's ranking on the CPI improve and that the index was a "fair indication" of the perceived level of public sector corruption.

Dzulkifli said the MACC did not reject the findings by CPI and would study why Malaysia's performance had dropped.

He said public perception on corruption was not based on MACC's performance alone but also due to political, commercial and other factors.

He added that it was now time for MACC to conduct its own corruption perception index in order to temper perception with reality.

"We will propose this to the government. It may take two or three months before a decision is made," he said.