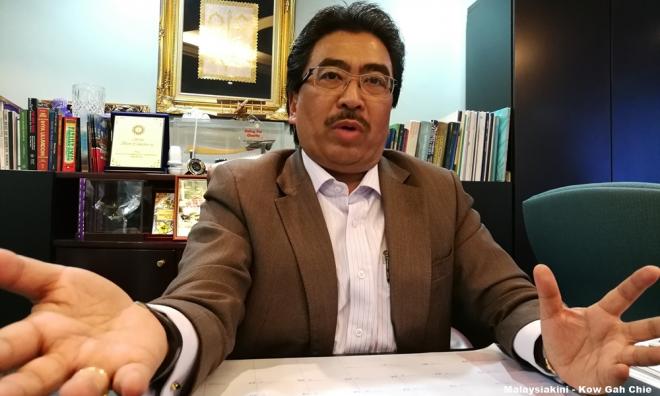 YOURSAY | ‘What kind of economic tool is this to measure the health of a nation?’

Anonymous #44199885: Second Finance Minister Johari Abdul Ghani is typical of BN politicians - short on facts and long on vague statements. He states Malaysians had spent over RM41 billion overseas in 2015, increasing to RM46 billion in 2016, but does not disclose what that spending is for.

Is it for investments, education, medical, payment for services rendered, etc? These politicians love to throw figures about without providing the details underpinning the figures, lest it does not stand up to scrutiny.

The measure of the economy is not the ability to afford trips overseas but the ability to put adequate food on the table and meets one’s basic needs. This will never be reflected in the GDP, which is an inadequate measurement.

Johari is aware of the plight of the common man on the ground but has no answer to the pressing circumstances that we find ourselves in due to mismanagement, corruption and abuse of funds, not to mention the GST.

And so, he desperately tries to change the narrative to breathe life into the chances of a party that is no longer in touch with our sentiments.

JD Lovrenciear: Simple arithmetic: how many millions of Malaysians were behind that RM46 billion? If you tell me that half of the working population are holidaying overseas, I will fall prostrate before you and kiss your feet.

But if your honest statistics reveal that only a handful of people spent these billions, you should be judged before all Malaysians. And please clarify, did your fact-finding include all of what you ministers and your kin spent, too?

Look at the savings of Malaysian citizens (but exclude those "savings" from questionable activities such as bribery, cronyism and ahem, ahem… money laundering).

You will find that savings levels have dropped while household debt has increased by leaps and bounds. Some of this money goes to finance our travelling and vacationing.

But due to limited budgets, most people travel on budget airlines, live in cheaper accommodation, have modest meals and cut down on shopping.

To make matters worse, our weak currency is making overseas travel costly. Of course, there are those with deep pockets who can afford extravagant holidays but they are the exception, not the norm.

Not to mention, those involved in "questionable" activities who can afford a RM1,000,000,000 superyacht. But for the rest of us simple Joes, it's a toss between a short trip to Phuket or Bali; either way, there's Maggi noodles to cut down on meal expenses.

Anonymous #19098644: So, according to this minister, if the rich go for more holidays in London and New York and if the upper-middle and middle income go to Bali, Bangkok or Goa, it means that the economy is doing well and the rakyat are not suffering?

Just for the record, most workers are getting three to five percent increments and when you adjust for the inflation rate, it becomes negative.

Is it growth for the rakyat or growth for a small prosperous group of successful companies and people? Stop hiding in your lobster-eating world and walk the pasar malams and wet markets to listen to the people.

The Truth: Does Johari know that only people who are earning as much as him are able to afford to go overseas? The majority of the people can only yearn and dream about it.

Many can’t even afford to have a holiday within the country as prices are exorbitant. Most of us can only afford to have a picnic with food prepared at home and have it at public gardens and waterfalls.

Royal Salute 21Y: Johari, does your figure includes the recently abandoned RM971,800 Down Under by Bukit Aman Criminal Investigation Department director Wan Ahmad Najmuddin Mohd? If it does, then you know who are spending all these monies.

Not the average Joe but most probably among the top 3 percent. What about the plight of the rest of the 97 percent?

Anonymous: So RM46 billion was taken out of the country - well, presumably, some was for leisure spending, but some was for their children's’ education and for “safe foreign keeping” in overseas banks like one of our CID chiefs recently did.

In the multinational company where my son is the operations manager, those of his rank can afford to go on overseas holidays, but below him, the rank-and-file have been complaining of miserable pay with inadequate yearly increments.

Johari, be frank, how many of your subordinates can afford to go on yearly holidays - excluding the government-sponsored Mecca trips for Haj?

Cogito Ergo Sum: What kind of economic tool is this to measure the health of a nation, Mr Second Finance Minister? A small group of the top one percent goes abroad, spends money and this is reflective of the entire spectrum of the economy?

This is a revolutionary economic theory. Perhaps it should be called Joharinomics?

Huge spendings are contributed by the minority few, not the majority poor. Don't twist data to confuse us, else this can be counted as fake news.

Change for Good: Another silly and thoughtless comment by an Umno leader. Yes, the rich can go overseas but the majority of the poor cannot afford to do so.

That is why the rich have become richer while the poor have become poorer due to the massive corruption and wastages by the Umno/BN government.

Ace: Using this minister’s logic: every evening during puasa month, there are thousands of Malays in the country's hotels, restaurants and coffee houses spending hundreds of thousands of ringgit.

So there are no poor Malays in Malaysia?

Bornean: Did you take into consideration that our ringgit has dropped significantly? Oh yes, you must deduct Malaysian Official 1 (MO1) and his wife’s overseas spending too.

That will drastically reduce your figure.